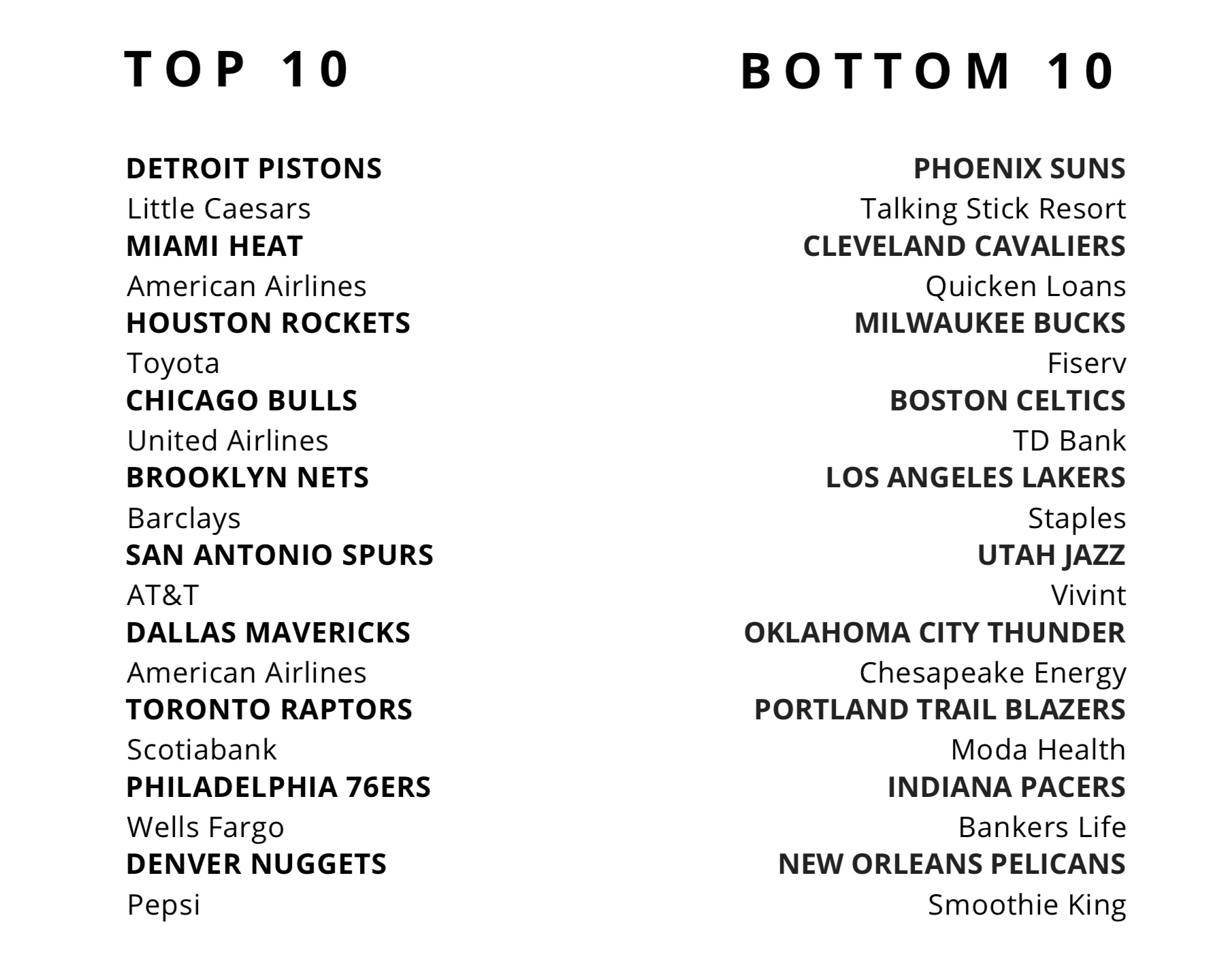 The contributing factors to success are based on the independent variables in the regression, distance, sponsor category, and sponsor size. The further the sponsor's headquarters are from the city where the stadium is located, the lower the percentage of team followers compared to NBA followers. The sponsor industries that performed the best are Food, Airlines, and Automobiles. Sponsors in the Events Industry performed the worst, as primarily influenced by the Phoenix Sun's sponsor, Talking Stick Resort. Within the NBA, larger, more well-known sponsors such as Little Caesars and American Airlines performed the best.

Comparing teams with sponsors in the Airline Industry we have the Chicago Bulls and their sponsor United Airlines, as well as the Miami Heat and the Dallas Mavericks who are both sponsored by American Airlines. All three teams ranked in the top 10 and continued to find a similar number of followers across all three teams with Airline sponsors, regardless of whether it was from the team they sponsor. The height of the line on the graph below is the number of mutual followers between each team and sponsor. The Chicago bulls has slightly more followers of United Airlines than the Miami Heat, even though United is their title sponsor. With American Airlines, while Miami Heat had the most mutual followers, the Bulls had more followers than the Mavericks, who are also sponsored by American. In gaining customers for their respective airline companies through team sponsorship, United Airlines and American Airlines have minimal increases from the teams they sponsor. 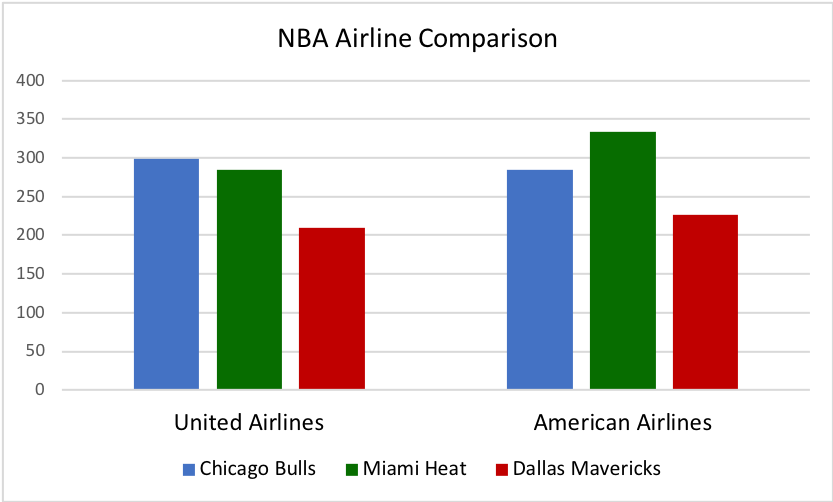 The NBA has the largest number of teams with sponsorship naming rights as compared to other professional leagues. The NBA is highly integrated with sponsorship, as seen in the recent progression of sponsorship on uniforms as well. All sponsors in the Top 10 of NBA are either nationally or internationally known. In terms of sponsorship success as determined by a gain in Twitter followers, the NBA performs the best. With Twitter followers as a measure of success, a company desiring to become the title sponsor for a professional sports team would find the most success in sponsoring an NBA team than a team in any other professional league. Areas for future research would stem from the weakness found in the location bias. Looking at team followers that are not located in the same city as the team would provide the opportunity to eliminate the bias found for sponsors located near their team.