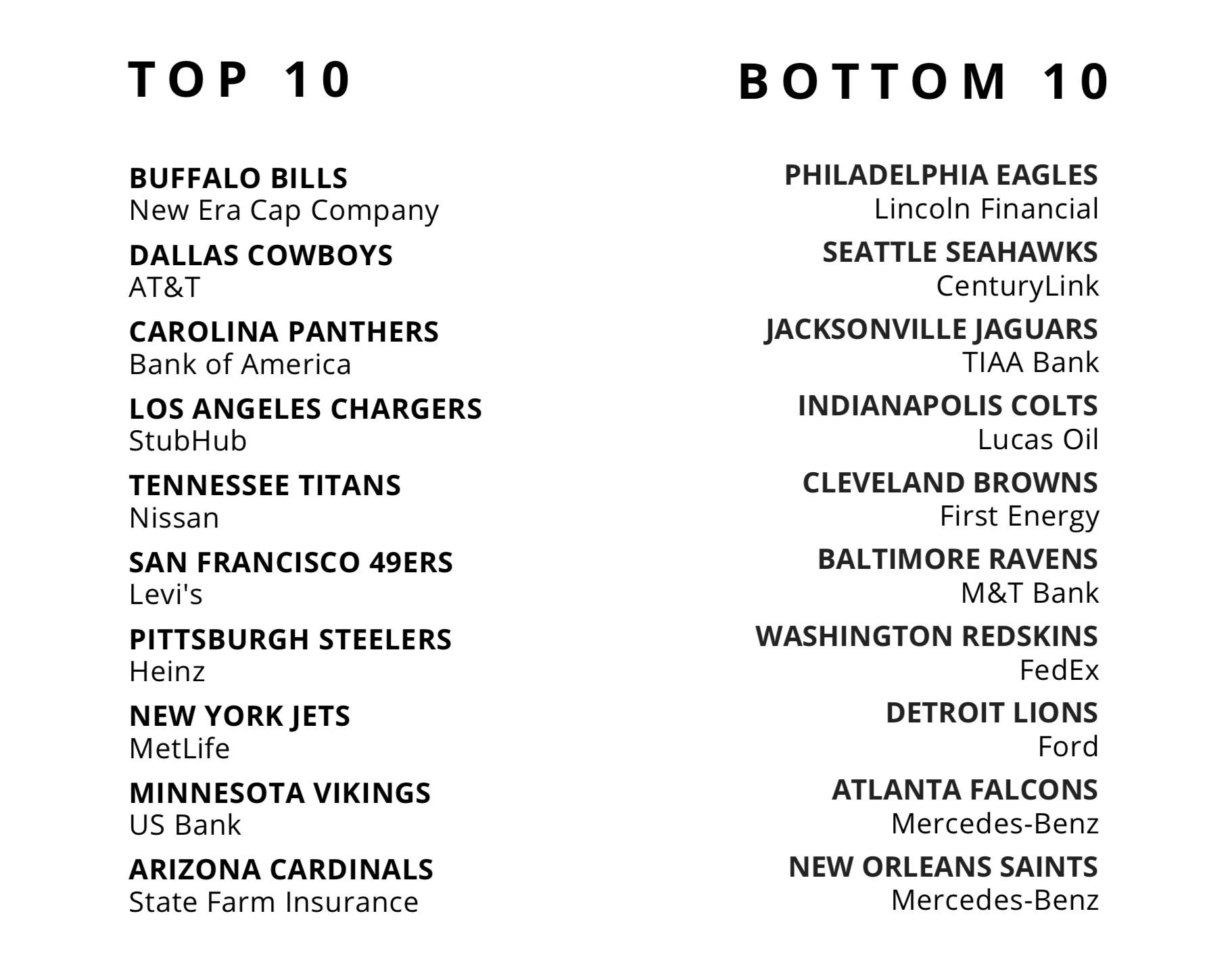 The contributing factors to success are based on the independent variables in the regression, distance, sponsor category, and sponsor size. As seen across all professional leagues, sponsors headquartered locally perform the best and have the highest percentage difference in mutual followers between the team and the league. The top three NFL teams in the results are sponsored by a company headquartered locally. Sponsors in the Retail industry performed the best within the NFL. These companies include New Era Cap Company and Levi’s. As FedEx is the only sponsor in the Shipping industry, this industry performed the worst, closely followed by the automobile industry. Across all leagues, but seen significantly in the NFL dataset, teams sponsored by Mercedes-Benz have less mutual followers than the baseline of NFL followers. Sponsors that are nationally known perform the best within the NFL. Notably, there are no sponsors that are known locally and only two sponsors that are recognizable regionally. NFL title sponsorship comes primarily from national and internationally known companies.

This next set of results compares the NFL title sponsors within the automobile industry, Mercedes-Benz, Ford, and Nissan. Mercedes-Benz sponsors both the Atlanta Falcons and the New Orleans Saints, the two teams that performed the worst. Ford sponsors the Detroit Lions, and Nissan sponsors the Tennessee Titans. Simply looking at the graphs below, with the height of the line indicating the number of mutual followers between the team and the company, we can see a noticeable difference between the number of followers for Mercedes-Benz and those for Ford and Nissan. Ford and Nissan produce lesser expensive cars than Mercedes-Benz, providing automobiles that are more accessible to the average NFL fan. Regardless of the team a Twitter user supports, they are more likely to be following Ford and Nissan than Mercedes-Benz. The same results were found in the Major League Soccer dataset, which found MLS fans to be more likely to follow Toyota than Mercedes-Benz or Audi. Additionally, Nissan is the only sponsor to have the most followers from the team they sponsor, the Tennessee Titans, in comparison to their followers from the other teams with automobile sponsors. 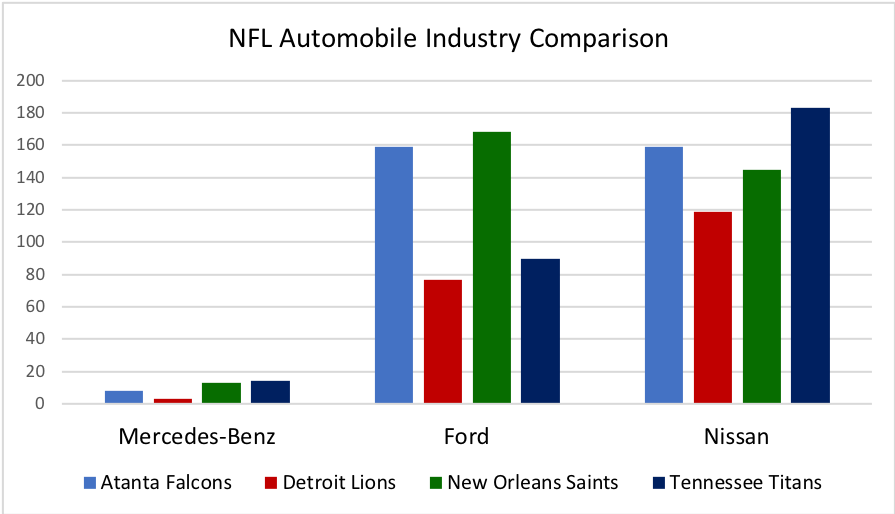 Overall, location is the largest dictator of success, as the top three teams are all sponsored by local sponsors, and the Jacksonville Jaguars are the only team in the bottom 10 with a local sponsor. Eight out of the top 10 teams are sponsored by a company headquartered locally. Sponsors that are headquartered in or near the city of their sponsored team's stadium, are significantly more successful in gaining customers via Twitter than teams with sponsors located further away. Also, luxury brand sponsors such as Mercedes-Benz do not perform well across all leagues due to their inaccessibility to the average fan. Fans are more likely to follow a sponsor on Twitter if their product is cheaper. We see this with the success of New Era Cap Company, StubHub and Nissan. Areas for future research would stem from the weakness found in the location bias. Looking at team followers that are not located in the same city as the team would provide the opportunity to eliminate the bias found for sponsors located near their team.