Basketball legend Elgin Baylor once said, “Coaching is easy.  Winning is the hard part.”  This quote makes a lot of sense to me because anyone can coach a basketball team, but it takes a knowledgeable, passionate coach to prepare and inspire his team to win games.  Coaching successfully at a high level requires a certain knowledge of the game, the ability to get your players to come together and play as a team, and often times, the ability to make quick in-game decisions.  The best coaches in college basketball need all of these attributes in their approach to coaching and must apply them to win games and, ultimately, championships. 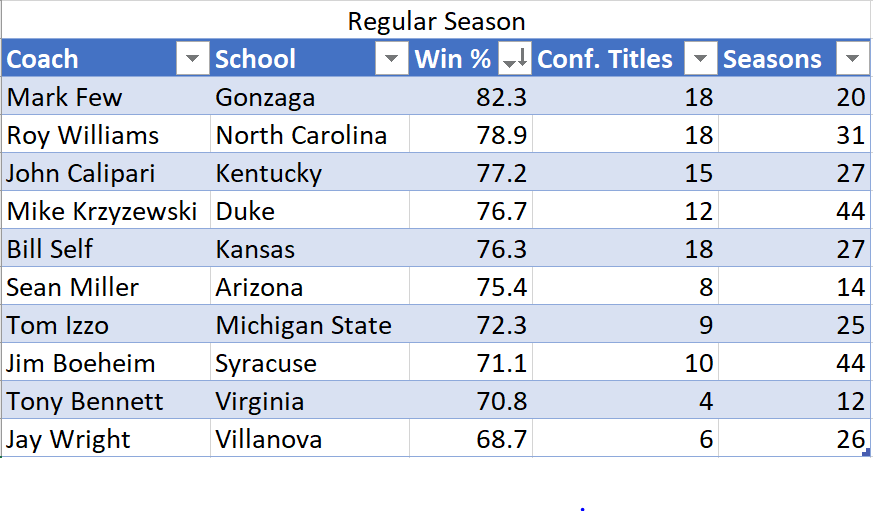 Connor just completed his sophomore year at Purdue University, where he is pursuing a double major in actuarial sciences and applied statistics, with a minor in management.  He has had a passion for both sports and statistics since a very young age, and enjoys discovering all the new information statistics can give us about sports.  Here is a link to his LinkedIn profile: LinkedIn.