Published on August 2, 2021 by Alexander Harriman   Share this on: 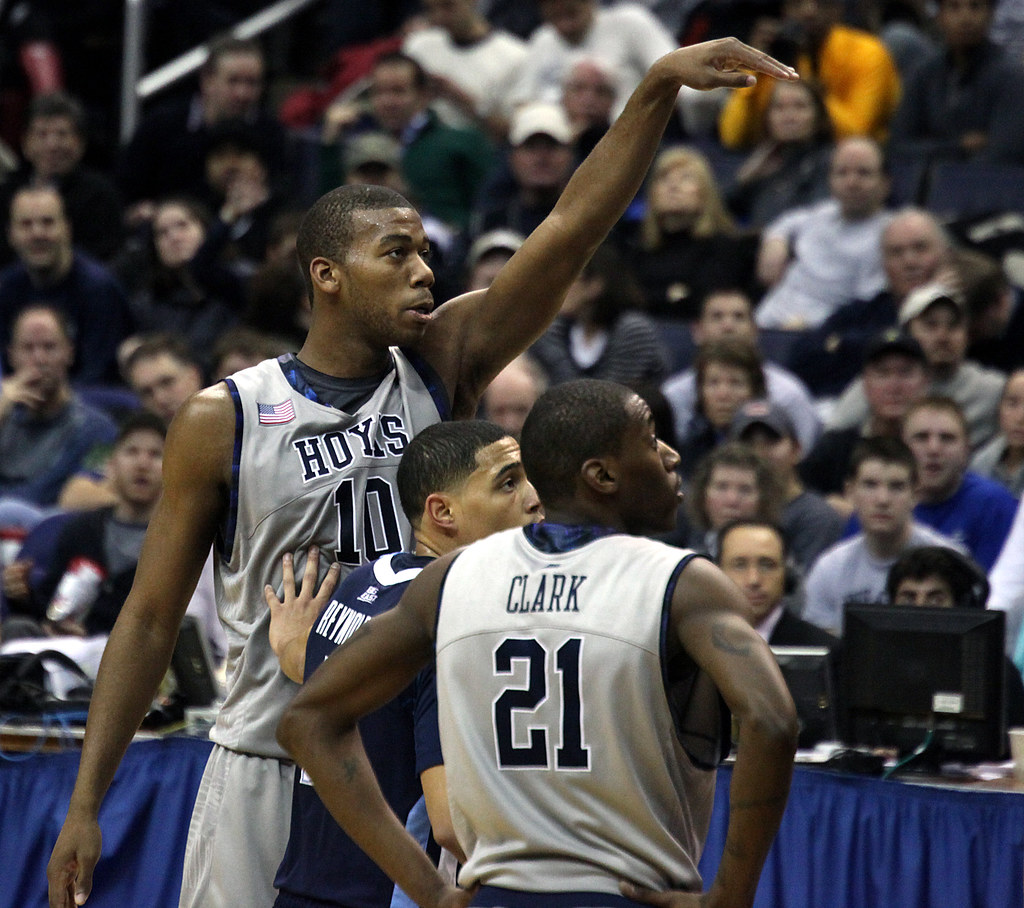 College football fans love to talk about the successful players that attend their school. One popular method of doing this is determining who is the best “factory” for specific positions, based on which school develops the most and best NFL players from each position. 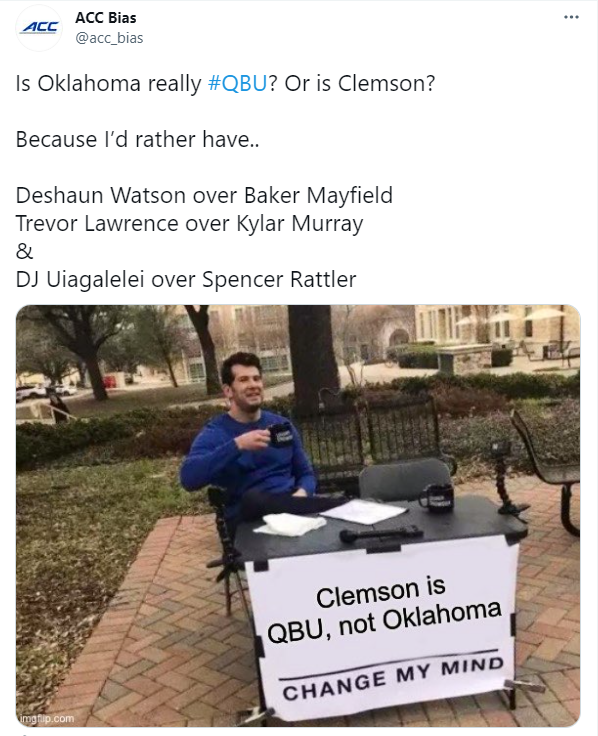 This is not as common among college basketball fans. However, certain schools are better at developing NBA talent compared to others. In this analysis, the best college programs for NBA success will be revealed.

For this study, the data used included every first round NBA Draft pick from 2006-2020 that attended college. From there, the average NBA points per game (PPG), assists per game (APG), rebounds per game (RPG), and Win Shares per 48 Minutes (WS/48) for all players that attended each school was tracked. A school had to send a minimum of four players to the NBA to qualify to avoid outliers, such as Steph Curry and Davidson or George Hill and IUPUI. The school averages were then compared to find a statistical, definitive answer to the best schools for each of the four statistics.

When analyzing points per game, the University of Southern California takes top spot as Scorer U. Their 7 players average the most NBA PPG, at 12.6. Kentucky comes out very strong in this despite having the most players of any school in this study; their 30 basketball players average 12.1 PPG, the third highest total. Yet, they are not kings of the SEC; that goes to Florida, who barely edges Kentucky with a 12.3 PPG.

On the opposite end of the spectrum, Syracuse produces the worst scorers. Their 9 players average a paltry 5.7 PPG. Florida State is second worst, but still averages nearly half a point more than Syracuse. Vanderbilt rounds out the bottom 3 at 6.5 PPG. 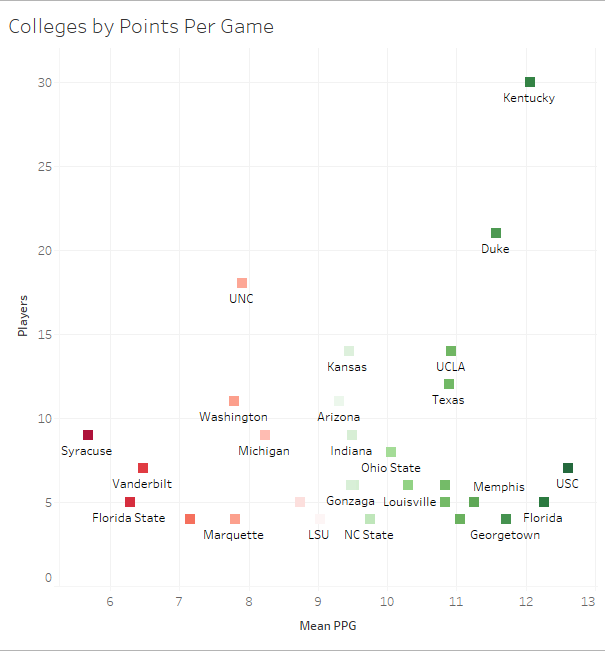 Next up was rebounds per game, and the Big East reigns supreme on the boards. Georgetown’s four players average 6 RPG in the NBA, the most of any schools in this study. Florida is again the bridesmaid, finishing runner-up with 5.6 RPG. Indiana earns the bronze medal, as their 9 players grab 5.3 RPG.

While a current Big East school is “Rebound U,” a former Big East school finished in last place. Just like with scorers, Syracuse also produced the worst rebounders. Their players average nearly a full rebound per game less than the second worst rebounding school in Vanderbilt. The Commodores average 2.743 RPG. The Orange, on the other hand, average only 1.856 RPG. Marquette finishes ahead of Vanderbilt by the slimmest of margins, at 2.75 RPG. Unfortunately, that mark only moves Marquette to the third lowest mark of the schools in this study. 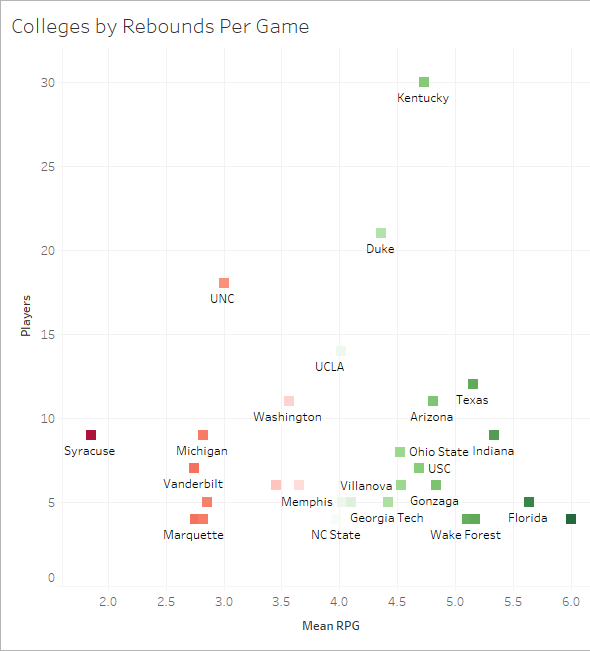 If your team needs someone to assist a star, call up the Bruins. UCLA produces the best players in assists per game, as their 14 players average 3.2 APG. Yet again, the SEC finishes in second place. However, this time it is Kentucky’s 2.7 APG that takes the second spot on the pass podium. Wake Forest finishes in third, as their 4 players averaged 2.6 APG in the NBA.

If your team is looking for someone to dominate the ball, then the Seminoles are qualified for the job. Their five players averaged less than one assist per game in the pros, the only school to fail to crack the mark. Kansas is the worst of the rest when it comes to assists; the 14 Jayhawks to be drafted in the first round averaged 1.2 APG in the pros. Vanderbilt “edges” Michigan State to finish as third worst; the Commodores earned 1.43 APG while the Spartans earned 1.45 APG. 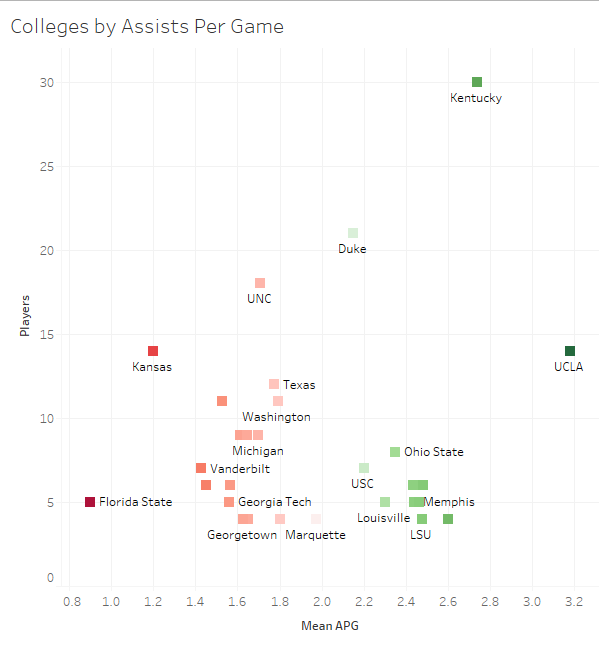 Finally, it is time to analyze Win Shares per 48 Minutes. As the statistic that measures total achievement at the NBA level, the school with the highest average WS/48 produces the best NBA players when accounting for all events on the court. A WS/48 of 0.1 is around the NBA average, and negative WS/48 values are allowed.

Overall, only five schools have a WS/48 average greater than the 0.1 NBA average. UCLA receives an honorable mention, as their 0.099 WS/48 comes the closest to cracking the mark. Villanova and Wake Forest finished fifth and fourth, respectively. In third was the four Hoyas of Georgetown, at an average WS/48 of 0.112. The runner-up is a school more famous for its football program in Texas. They’re more than a football team; the 12 Longhorn basketball players average 0.116 WS/48.

And the top spot, the school that earns the title of the Best NBA Player Factory, is the University of Florida. After finishing runner-up in both PPG and RPG, the Gators finally finish on top in WS/48. The five Gators first-round picks average 0.119 WS/48.

As for the bottom of the list, the three worst schools for average WS/48 are big names in college basketball. The third worst is Michigan State. Spartan NBA players average just 0.057 WS/48. In second bottom place is NC State. While some schools benefited from the minimum sample size of four, the Wolfpack did not, as their four players averaged 0.046 WS/48.

But those pale in comparison to the worst school to attend for NBA success: Syracuse. The Orange are a legendary college basketball program, but that legend has not always transferred to the NBA. The nine first rounders from Syracuse average 0.027 WS/48 to finish well behind the field. 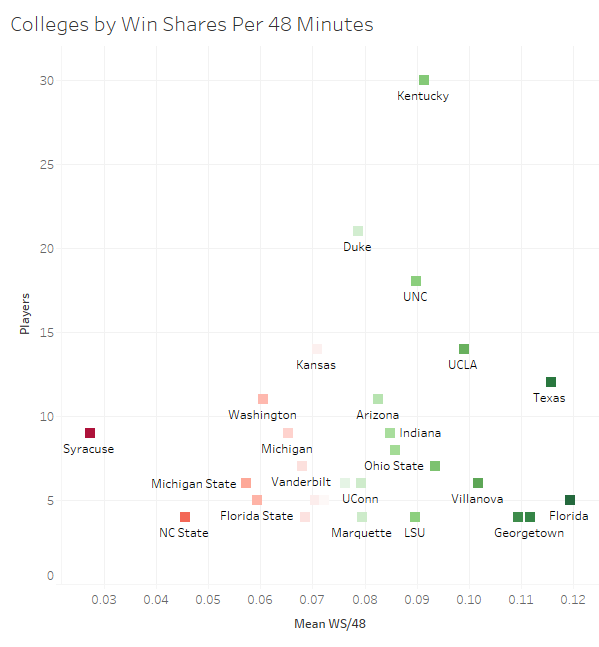 The University of Florida performed very well in this study, and have a strong case at being the best destination high schoolers should go for NBA success. They earn the title of “NBA U” for taking top spot in the Win Shares per 48 Minutes analysis. UCLA finished number one for “Assist U,” while their Pac-12 rival Southern California takes the “Scorer U” moniker. Finally, “Rebound U” goes to the nation’s capital with Georgetown.

Many of the blue bloods of the game did not perform well. While UCLA and Kentucky have sent many strong players to the NBA via first-round picks, others, such as Duke and UNC, were middle of the pack. Still others performed poorly, such as Michigan State and Syracuse, arguably the worst school in the study overall.