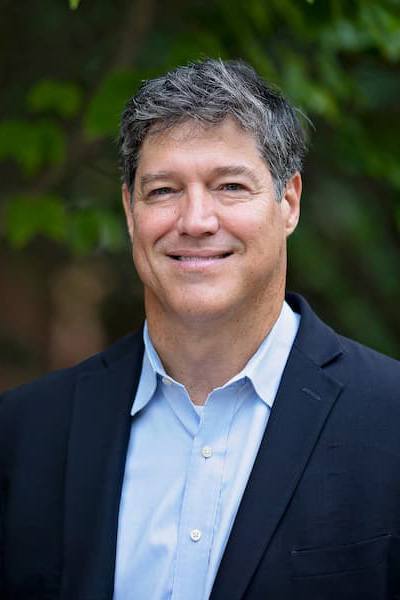 Professor, Chair
Howard College of Arts and Sciences
English
251 Ingalls Hall
mbusbee@samford.edu
205-726-2458
English Department chair Brad Busbee studies medieval Germanic and modern Scandinavian literatures, with particular interest in how medieval texts like Beowulf and The Canterbury Tales work and how, in modern times, these texts have been put to various uses that serve the needs of modern communities. He is a co-editor for Grundtvig-Studier (published in Copenhagen, Denmark) and has served on the editorial boards for LATCH: Literary Artifact in Theory, Culture and History and Medieval Perspectives. He is the author of Translating the Past: Essays in Honor of Marijane Osborn (ACRMS) and Approaches to Teaching the Middle English Pearl, which is forthcoming from the Modern Language Association. He is currently working on a monograph about the pioneering Beowulf scholarship of the nineteenth-century priest, poet and politician N.F.S. Grundtvig.
Before coming to Samford University in 2013, Busbee was Associate Professor and Chair of the Department of Language and Literature at Florida Gulf Coast University (2006-2013). He held a post-doctoral fellowship at the University of California, Davis in 2005-06, a visiting lectureship at Johannes Gutenberg Universität in Mainz, Germany in 2004-05, and a Fulbright Fellowship to Denmark in 2003-04.
Busbee and his wife, Kathleen, live in Homewood, Alabama, with their three daughters, Kamilla, Suzanna and Sadie, and their son Elias.