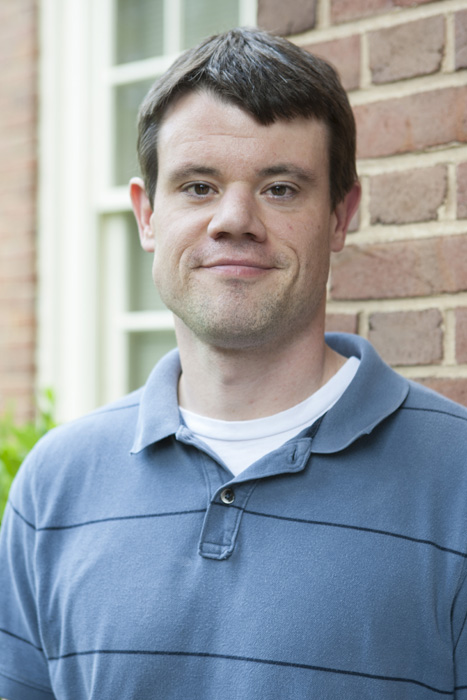 Corey Johnson joined Samford in 2012. Prior to that, he was an American Heart Association research fellow with the Oklahoma Medical Research Foundation for and a senior research fellow in Medicinal Chemistry at the University of Texas at Austin for three years. Johnson is a protein biochemist with a focus in enzymology.

Enzymes are fascinating biological catalysts and most often the target of designed therapeutics. Research projects in the Johnson lab are directed toward the functional characterization of enzymes. Kinetic analyses determine the order of addition of reactants to and release of products from the enzyme and can locate the slow steps along the reaction pathway. The detailed chemical mechanism of the enzyme is elucidated by testing substrate specificity, pH dependence, inhibition, and the effects of mutation. One enzyme currently under study is Tetrahydrodipicolinate N-succinyltransferase (DapD). This enzyme is in the biosynthetic pathway for lysine in bacteria, but does not exist in humans. While DapD has great potential as a target for the development of new antibiotics, very little is known about its catalytic mechanism.

Applying enzymatic catalysis to industrial and environmental concerns is another area of interest in the Johnson lab. Recent work on the enzyme laccase characterizes the ability of this enzyme to catalyze degradation of wastewater pollutants. In a collaborative effort, this enzyme is being used as a model toward the development of biosensors and biofuel cells.

Outside of Samford, Johnson enjoys spending time with his wife, Julie, and his kids, Charlotte and Sam, traveling and playing the guitar.