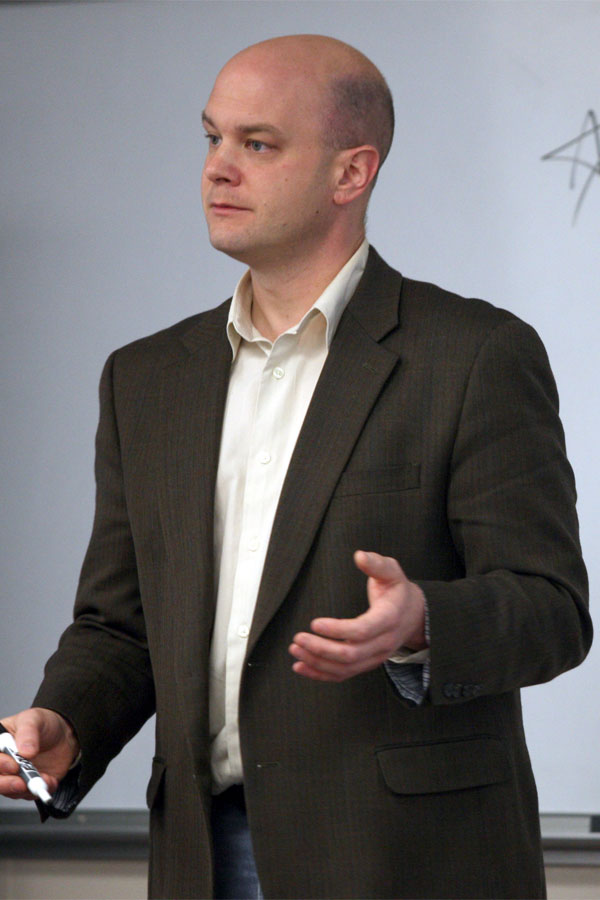 The International Exchange Board recently awarded political science professor Dr. Andrew Konitzer with the organization's Short-Term Travel Grant. The Short-Term Travel Grant Program (STG) "is a Title VIII-supported fellowship for specialists conducting research in Eastern Europe and Eurasia on issues relevant to the U.S. Government," Konitzer said. As a recipient of the grant, Konitzer will receive funds to travel and research in Serbia and Croatia, as well as a stipend that will cover eight weeks of field research. While Konitzer will be contributing to his own research, he will also provide final reports which are then used by the U.S. State Department and other government agencies.

"This grant will allow me to finish work on my next book project which explores the EU expansion process in the Balkans with a specific focus on how formerly EU-skeptic and anti-EU parties transformed themselves into pro-European actors," Konitzer said. "I will gather data from media sources, statistical agencies and other archives and conduct interviews with local specialists and party officials."

Konitzer's current project is a continuation of research he began last summer under a grant from the National Council for Eurasian and East European Research. He plans to finish his book manuscript on his trip this summer. "I came into this project right at the moment when some major changes occurred within Serbia's party system and I've found myself on the very edge of developments that are of great interest for US policymakers dealing with the Balkans," Konitzer said. "It's exciting to work on something that's of both academic and policy interest."