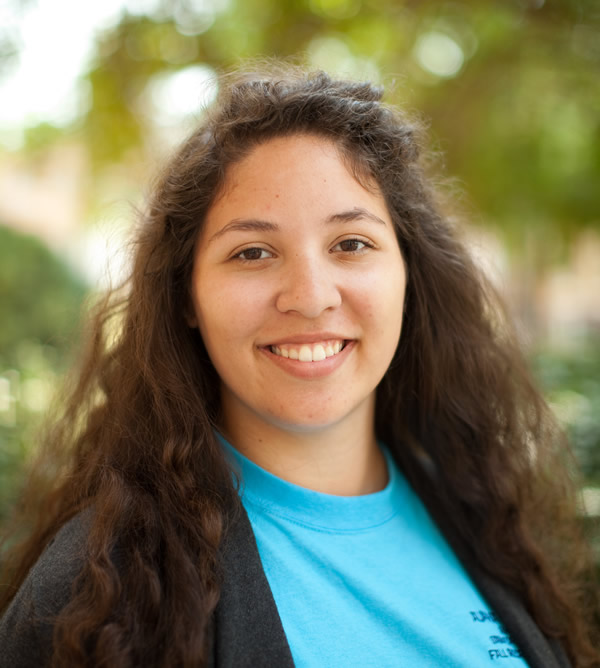 Samford Physics major and University Fellows student Stevie Carnell is one of only 39 students in the U.S. selected by the American Physical Society’s Committee on Minorities in physics to receive the 2012-2013 Scholarship for Minority Undergraduate Physics Majors.

“It means so much to me to have recognition in my field of study, especially from an organization as prestigious as the American Physical Society,” Carnell said. “Some days, it's still a little hard to believe that I got the scholarship because APS is such a big name in the science world, but I am very excited about it."

“I can think of no one more deserving of this honor, said Alan Hargrave, chair of Samford’s Department of Physics. “She is one of the very best students I have worked with in over thirty years as a college instructor. Her multi-faceted talents extend beyond the classroom, and she is poised to make remarkable contributions to science in the years ahead.”

The scholarship, founded in 1980, is open to any African-American, Hispanic, or Native American U.S. citizen or permanent resident who is majoring or planning to major in physics, and who is a high school senior, college freshman, or sophomore. Each new recipient of the scholarship receives $2,000, and the scholarship may be renewed once, for $3,000. The scholarship funds may be used for tuition, room and board and educational materials. In addition, each minority scholar is paired with a mentor at his or her university, and a mentor from the APS Committee on Minorities in physics.

This is the second recent honor for Montgomery, Ala., native Carnell. This summer she was one of two University Fellows chosen to attend the Witherspoon Institute's "First Principles: Natural Law and History" seminar in Princeton, N.J.
Samford is a leading Christian university offering undergraduate programs grounded in the liberal arts with an array of nationally recognized graduate and professional schools. Founded in 1841, Samford is the 87th-oldest institution of higher learning in the United States. The Wall Street Journal ranks Samford 1st nationally for student engagement and U.S. News & World Report ranks Samford 37th in the nation for best undergraduate teaching and 97th nationally for best value. Samford enrolls 5,758 students from 48 states and 22 countries in its 10 academic schools: arts, arts and sciences, business, divinity, education, health professions, law, nursing, pharmacy and public health. Samford fields 17 athletic teams that compete in the tradition-rich Southern Conference, and ranks 3rd nationally for its Graduation Success Rate among all NCAA Division I schools.