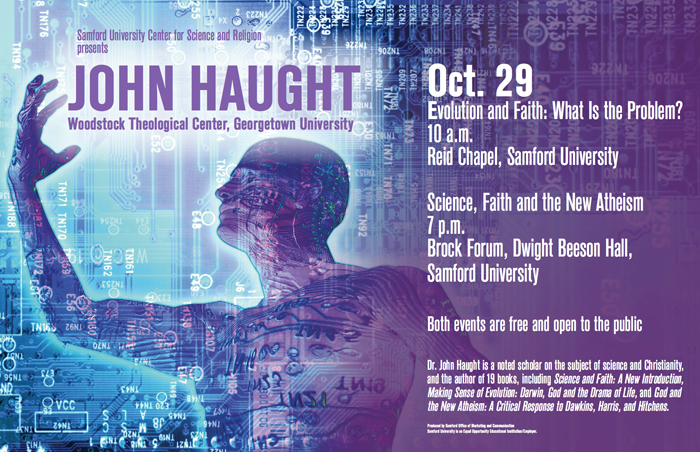 The Samford University Center for Science and Religion will host noted author and speaker John Haught of the Woodstock Theological Center at Georgetown University for two free public lectures on October 29, 2013.

Haught will speak on the subject of "Evolution and Faith: What is the Problem?" at 10 a.m. in Reid Chapel. At 7 p.m. he will speak on "Science, Faith, and the New Atheism" in Brock Forum, Dwight Beeson Hall.

Haught, a noted scholar of science and Christianity, is the author of 19 books, including Science and Faith: A New Introduction, Making Sense of Evolution: Darwin, God and the Drama of Life, God and the New Atheism: A Critical Response to Dawkins, Harris, and Hitchens, and Christianity and Science: Toward a Theology of Nature.