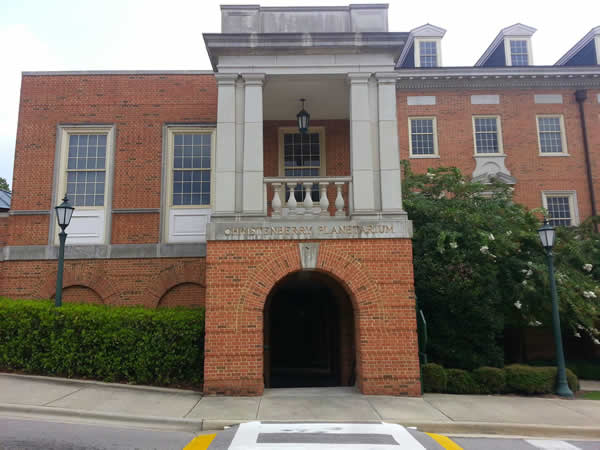 Samford’s Christenberry Planetarium will debut its completed upgrades in a free Alabama Autumn Skies show at 8 p.m. Sept. 25. Weather permitting, the show will be followed by a telescope viewing of the sky from the Quad. Planetarium seating is limited to 94, so it’s always a good idea to arrive early to ensure a place.

David Weigel, Christenberry Planetarium’s new director, is leading the exciting changes in the unique campus venue. The goal, he said, is “to get as large a population as possible as excited as possible about science.”

To do that, Weigel is completing installation of new software and hardware upgrades that include a new high-definition projector that provides a dramatic improvement in image quality over the old system. Specialized new mirrors will match the projected image to the curvature of the planetarium’s screen.

The new system allows Weigel to control a show in real time to create an interactive audience experience. He can provide a custom fly-through of the galaxy. If someone has a question about an area of Mars where NASA’s Curiosity rover is working, Weigel can steer the projected image to show that area. In fact, Weigel hopes to develop a new show based on Curiosity’s groundbreaking mission.

Public response will determine the development schedule for the Mars show as well as the schedule for existing offerings. At minimum, the planetarium will feature repeated seasonal night skies shows throughout the year and special programs for Homecoming and the holiday season.