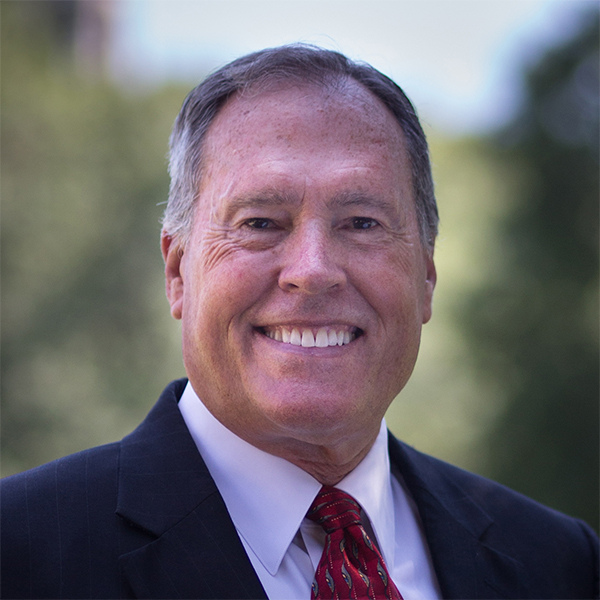 Bradley Dennis, M.D., began his medical career in a conventional fashion in the 1970s: undergraduate degree from Samford, medical degree from the University of Alabama School of Medicine, residency at Mayo Clinic and an invitation to practice in his hometown of Dothan, Alabama. But at that point, things changed.

“My career as a physician was far from conventional,” Dennis said this summer. “In fact, it was rather unconventional.” It included stops in Seattle rather than Dothan for a firm that provided medical input on national corporate legal cases (Dennis was licensed in seven states); work with Mobil Oil Corp. in occupational medicine in seven western states; a stint with Northrop Corp. in southern California running the medical clinic for the developer of the B-2 stealth bomber; and serving as medical director for South Central Bell (now AT&T).

“After completing an intensive residency in occupational and environmental medicine at the University of California, San Francisco, I was honored to be chosen as a physician for the 1984 Olympics in Los Angeles,” he said. It was following this assignment that he was recruited by Northrop.

When Dennis was asked by South Central Bell to become medical director of its five-state corporation headquartered in Birmingham, he felt he had come full circle back to his roots. His next opportunity also came in Birmingham, when he was asked to become chief medical officer at Brookwood Medical Center.
“I looked forward to the opportunity to get back to a hospital environment,” he said

Dennis served Brookwood for 20 years, retiring four years ago. He said his career, while unconventional, “was always challenging, worthwhile and gratifying.”

After returning to Birmingham, he became active in the Vestavia Hills Rotary Club, presided over the Alabama Occupational and Environmental Medical Association and was selected to participate in Leadership Birmingham and Leadership Vestavia Hills.

“It was important to me to also continue my relationship with Samford University,” said Dennis. “That opportunity arose when Dean David Chapman asked me to become a member of the Howard College of Arts and Sciences advisory board. To my great honor, I was then asked to chair the advisory board, and it has remained a privilege to continue in that role.”

He helped create the Howard College of Arts and Sciences advisory board scholarship.

Dennis attended Samford at the same time as his brothers Rodney, David and Gary, calling it “the most fun four years of my life.” He said that was another reason for wanting to stay close to the university.

Dennis was recognized this year as one of Samford’s Alumni of the Year. He said it was “an honor beyond description.” He and his wife, Krista, have two sons, Jake and Nate.