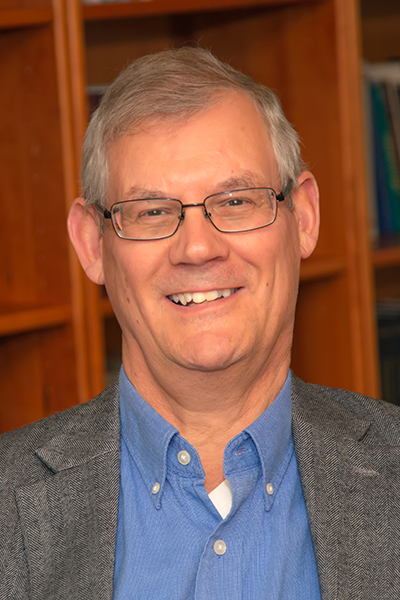 New Testament scholar Douglas Moo challenged audiences at Samford University to engage with two of his personal and professional passions during his presentation of the 2019 Robbins Lectures April 4.

In separate lectures addressing the intersection of scholarship and Christian living, the Kenneth T. Wessner Professor of New Testament at Wheaton College and Chair of the Committee on Translation for the New International Version of the Bible outlined his beliefs about how Christians should care for creation, and how they can develop a broader appreciation for the work of Bible translation. The morning lecture–Creation and New Creation: From Eschatology to Ethics–incorporated elements of both.

“We are to think of ourselves as given under God to stewardship of a good world he made, and that we are to care for in ways that will please and glorify God, the owner of this,” Moo said of the responsibility that is often misunderstood as a mandate for humans to do as they please, with catastrophic results for creation.

Moo acknowledged that there is no single passage in the Bible that commands care for creation, but said the Bible rarely offers explicit guidance for the modern political and social issues we confront. “One of the reasons we read and study the Bible is so we can allow that word of God to reprogram the way we think, so that we will be fundamentally changed in our attitudes and thinking as we read, and read and reread the story of the Bible,” he said.

Pointing to the importance of translation, context and thoughtful reading, Moo said some Christians read in the Bible that the Earth will be destroyed and conclude that there is no need to care for creation. But he noted that even Noah’s flood was not a destruction of the Earth but a cleansing, and the New Testament’s promise of such renewal includes all of creation. “Our destiny, you see is to live forever in material, though transformed, bodies, in a material, though transformed, Earth,” Moo said.

Unfortunately, the world currently is being transformed in negative ways. “Isaiah complains that the very earth is groaning because of human abuse of the world, a groaning that I would suggest continues in our day as humans continue in various ways to abuse instead of steward the good world that God has given us,” Moo said.

Moo described the degradation of the environment, the extreme losses in animal populations and the human costs of climate change. He noted that the effects of climate change, in particular, are not suffered equally. There is, then, a significant social justice component in creation care, but Moo said Christians “have to make sure that when we are talking about issues like creation care or social justice issues, that our giving attention to those issues, which I think we need to do as Christians, does not push out our primary purpose of evangelism and discipleship.” “God demands that it be both/and rather than either/or,” he said. Moo sees these concerns united by the two great commandments. "We love god by faithfully stewarding his creation,“ he said. “We love others by providing a healthy and sustainable environment for them to have.”

Moo encouraged his audience to respond to those commandments by getting away from the wall of technology that insulates us from the natural world, going out into that world as he does as an avid hiker and nature photographer, and appreciating the beauty of all creation, great and small. “By immersing ourselves in it,” he said, “we will begin inevitably to care for it as well.”