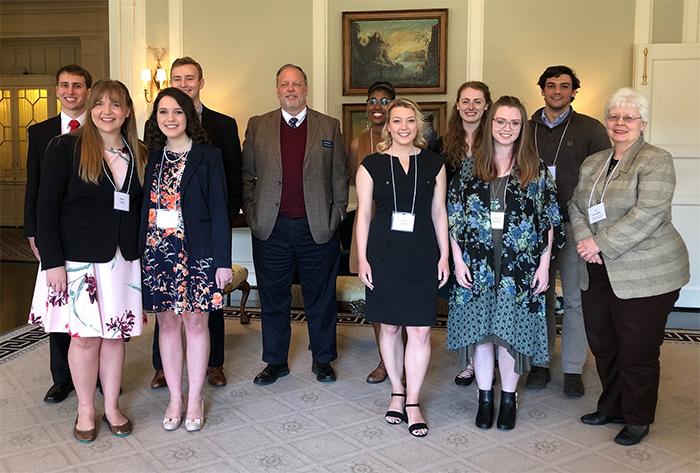 History Department students, faculty and staff at the awards luncheon

Eleven Samford University history students earned $5,200 in awards for essays submitted to the 2018 American Independence Awards, sponsored by the Alabama Society of The National Society of Colonial Dames in America (NSCDA). The awards were presented at a luncheon held at Mountain Brook Club in Birmingham, Alabama, on March 22, 2018.

Jessica Brewer–Written Out of the Shadows:  Injustice and the Forgotten Legacy of Chickasaw Removal

Sean Coffindaffer–Executors and Judges: Debates over Articles I and III of the United State Constitution

Clayton Jones–Exceptionalism in Early America: How One Idea Remained Central to American Intellect and Identity from the Puritans to the Declaration of Independence

The society will dedicate Volume 62 of the Samford students’ winning essays to Mary Lee White Sullivan (Mrs. Charles James Sullivan). The volume will be placed in the Special Collection department of Samford’s University Library.