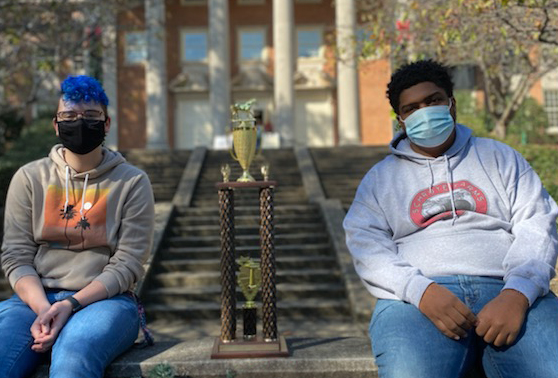 The team of Sawyer Emerson and Maddox Gates is ranked #7 in the U.S.

The Samford team of Abi McKibben and Victor Roy–debating in their first tournament and with only three weeks of experience–won the rookie division of the championship, defeating Georgia State University. Roy was fourth speaker and McKibben was second speaker.

The Samford teams will next compete at the American Debate Association’s national tournament March 6-7.