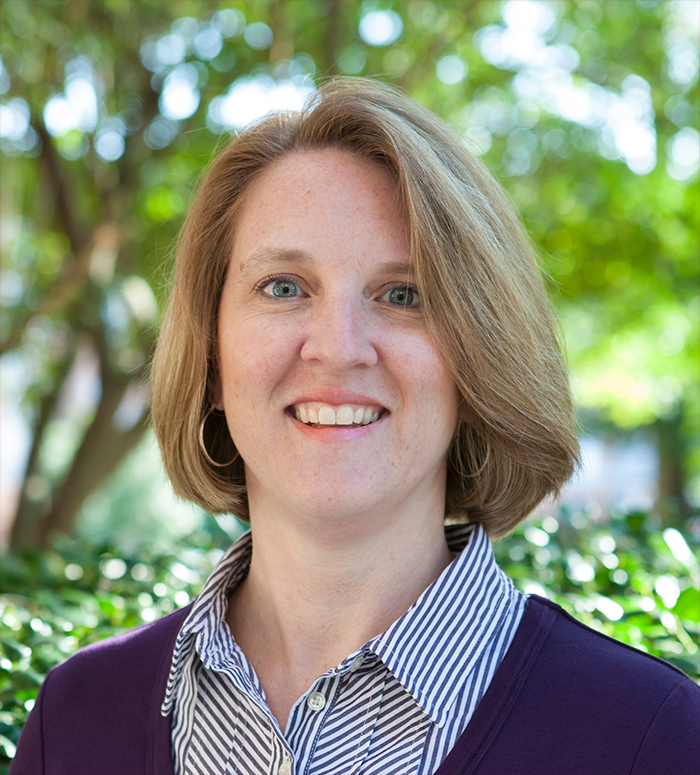 Emily Hynds–a Samford University math professor and associate dean of the university's Howard College of Arts and Sciences–earned twin honors from the Mathematical Association of America (MAA) in mid-March.

At the MAA-Southeastern Section virtual annual conference, Hynds was honored with the section’s Distinguished Service Award. The award citation noted that she has organized and chaired sessions at section meetings, brought students to the meetings and served on the Section Executive Committee for ten years as Alabama State Director, Treasurer and Section Secretary/Treasurer. She has been a 2000 Project NExT Fellow, a panelist at Joint Math Meetings, a mentor for Samford students presenting undergraduate research at MathFest, and president, vice-president and executive council member for the Association of Alabama College Teachers of Mathematics. The MAA also noted that Hynds has an outstanding record of service to her church and to Samford University, where her honors include the 2016 Arts and Sciences Teaching Award.

On the Friday of the conference, Hynds also learned that she has been elected to serve as the section’s representative to the MAA Congress. Beginning in July, she will serve a three-year term as representative for MAA-SE, which includes Georgia, Tennessee, South Carolina, North Carolina and Alabama. She will provide critical leadership to ensure the long-term success of the association in fulfilling its mission to advance the understanding of mathematics and its impact on our world.

“Through the example of others in my department, I began in service to the mathematical community shortly after I arrived at Samford in 2000,” Hynds said. “I am honored to be recognized for my past contributions and at the same time, am excited to get to represent my regional organization on the national level. It was a banner weekend!”