Published on December 13, 2021 by Department of Math and Computer Science   Share this on: 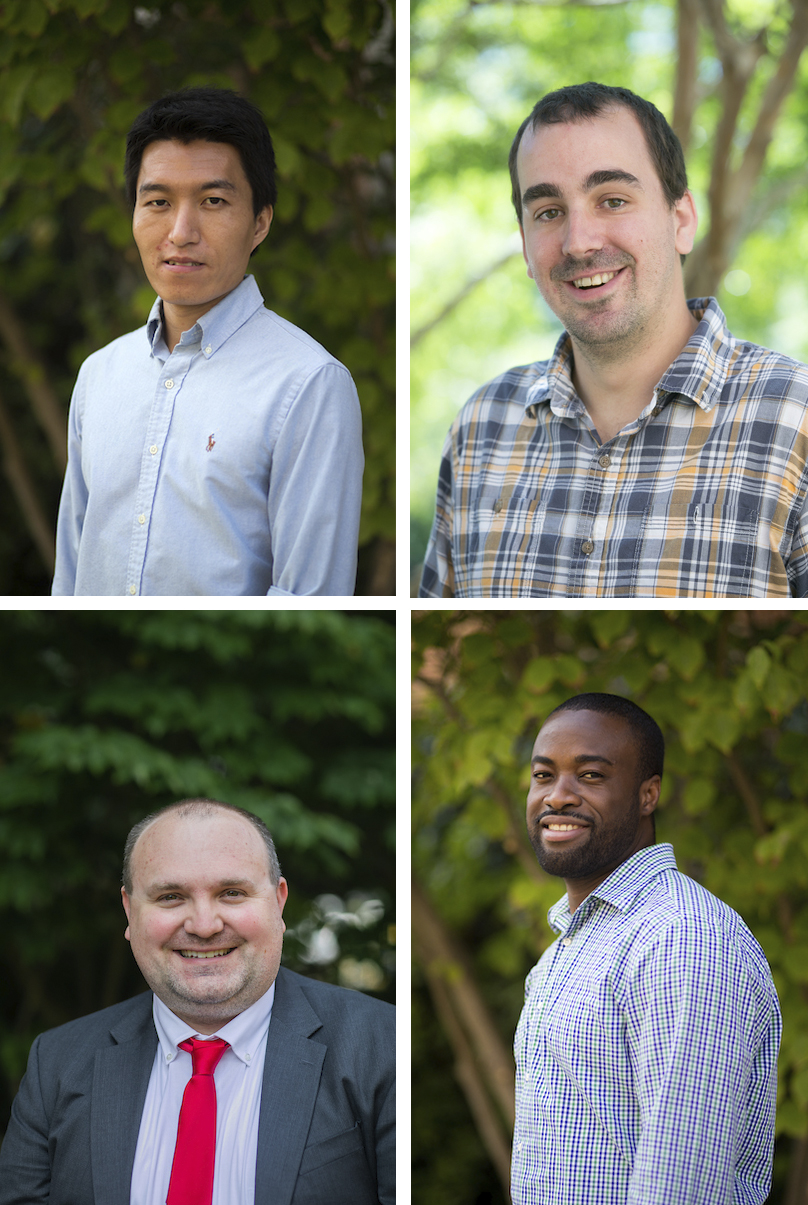 Samford math faculty are active researchers, and several of them presented their work at the virtual Fall Southeastern Sectional Meeting of the American Mathematical Society in November.

Assistant Professor Kwadwo Antwi-Fordjour gave invited presentations in two special sessions. "A remark on 'Global dynamics of tritrophic food chain model subject to the Allee effects in the prey population with sexually reproductive generalized-type top predator'" was presented in the session on Mathematical Studies of Biological and Ecological Systems. In this talk, Antwi-Fordjour and his collaborators showed that there is no boundedness for the system as claimed by Debnath et al. (2019) and hence the system is not dissipative. Antwi-Fordjour and his collaborators also derived a new extinction boundary for the system. Also, during the special session on Research in Mathematics by Undergraduates, Antwi-Fordjour presented "Fear-driven extinction and (de)stabilization in a predator-prey model incorporating prey herd behavior and mutual interference". Two undergraduates were involved in this research. In this research, it was shown (analytically and numerically) that the fear of predation risk excited by predators can drive a stable prey population species to extinction in finite time. This study is a useful tool in resource management and control.

Assistant Professor Mingwei Sun gave a presentation in a contributed paper session titled "A Principle-Weighted Penalized Regression Model and its Application". He described the new approach of building a model of high-dimensional data that retains the features of the Principal Component Analysis method and does variable selection and regression coefficients estimation simultaneously. He also showed an example of the method applied in economic modeling, which proves preferred performance of the new approach compared with traditional methods.

Associate Professor Frank Patane co-organized the AMS special session on Research in Mathematics by Undergraduates, along with two other math faculty from Alabama. He commented: "We began discussing the idea of hosting a special session since we knew several faculty who were incredibly active with their undergraduate research programs, and we wanted to learn new methods to bring to our home institutions." The session was well attended, and hosted a total of 12 talks with speakers from around the country.

Professor and Chair Chad Awtrey gave an invited presentation, "Power compositional sextic polynomials and their Galois groups," in the special session on Research in Mathematics by Undergraduates. In addition to describing his approach to mentoring student research, Awtrey discussed two of his recent projects with undergraduates, both of which developed theory and computational techniques concerning symmetry properties of solutions of polynomial equations. This work generalizes several results contained in previously published articles.