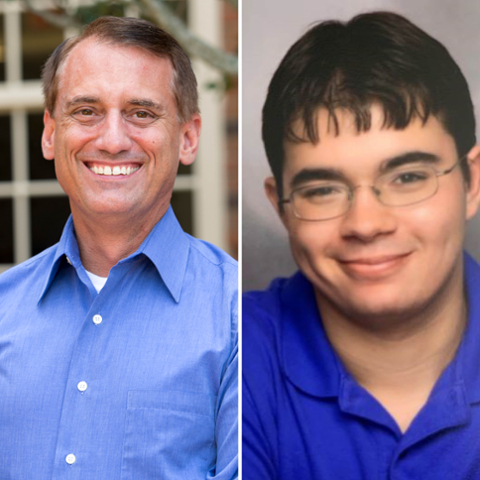 Darin White, executive director of the Center for Sports Analytics, and Alexander Harriman, a summer intern in the center, collaborated on the project.

Samford University’s Center for Sports Analytics was recently invited to contribute to a research project titled “Olympic and Paralympics Analysis 2020: Media, Fans and Politics of Sport.” Initiated by The University of Texas at Austin’s Center for Sports Communications & Media and Bournemouth University’s Centre for Comparative Politics and Media Research in the United Kingdom, the research captures the thoughts, reflections and insights of leading scholars in sport, media and politics while analyzing viewership trends of the 2020 Olympic and Paralympic Games.

Over 100 scholars from around the globe provided authoritative analysis of the two events, including research findings and theoretical insights. Contributions to the final report came from a rich array of disciplinary influences, including media, communication studies, cultural studies, sociology, political science and psychology.

Darin White, executive director of the Center for Sports Analytics, and Alexander Harriman, a summer intern in the center and Clemson University analytics student, analyzed data from 14.9 million tweets related to the summer Olympics during July 2021. Utilizing software provided by the center’s partner, Affinio, White and Harriman conducted a geographic analysis of the data to determine which U.S. cities and states had the highest level of social media engagement around the Olympics.

According to White and Harriman, they found a clear difference in Olympic engagement in blue states compared to red states.

“Although both candidates won exactly 25 states in the 2020 election, Biden’s states were more invested in the Olympics compared to Donald Trump’s,” Harriman said. “Indeed, nine of the 11 states that were least engaged in the Summer Olympics (Utah, Arkansas, Kansas, Alabama, Indiana, Oklahoma, Iowa, South Dakota, and South Carolina) voted for Trump.”

Their research was published on olympicanalysis.org and led to an article titled “Americans on Ideological Left More Engaged in Summer Olympics” which was published by the same site.