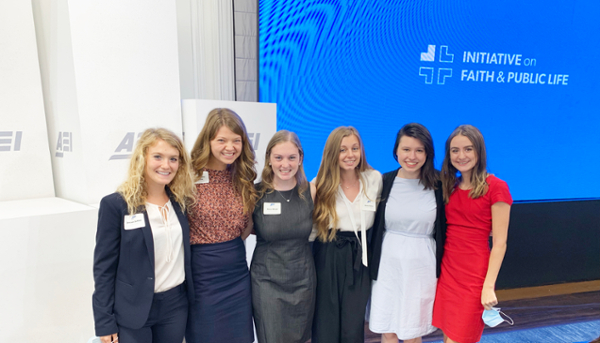 This fall, Samford University economics students engaged in several events, on and off campus, that provided them opportunities to learn from and network with leading industry professionals.

In addition to attending the Fall Summit, Noblitt had the opportunity to intern for AEI this summer and Rennich is participating in the institute’s Young Scholars Program, making her the second Samford student to be selected to such a prestigious opportunity.

Professor of Economics Art Carden said, “Through internships, conferences, and their sponsorship of the campus group, AEI has provided students with valuable opportunities to grow in their faith while they grow in their understanding of the principles of a free and prosperous society. To their credit, our students have been up to the challenge.” 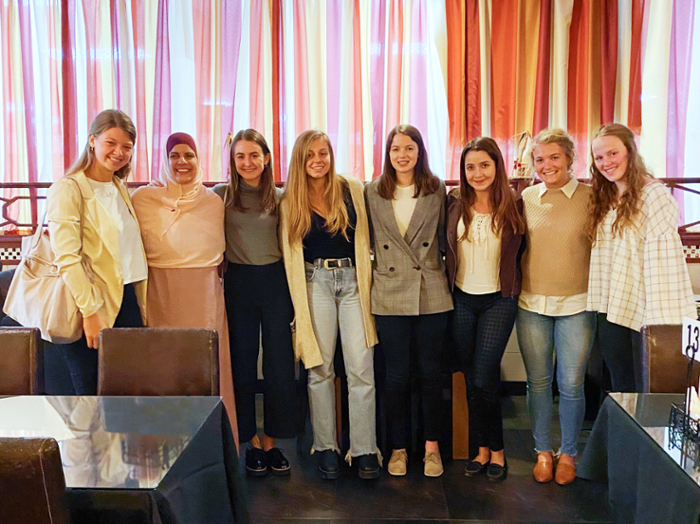 On October 28, the same group, in partnership with Samford’s Finance and Economics Women (FEW) student organization, hosted Rania Al-Bawwab, an economics doctoral candidate from Middle Tennessee State University. During her visit to Samford’s campus, Al-Bawwab discussed her paper “Zakat: A Case Study of Constraining Free Riding in Charity,” which explained how the third pillar of Islam (zakat) creates mechanisms that make it harder for people to “free ride” on others’ generosity. Al-Bawwab was able to dive deeper into her story with the students during a casual networking dinner.

“Rania’s story and insight was a gift to those of us who were able to meet her at Samford,” Noblitt said. “We learned about the vast differences in conventional and Islamic finance and were inspired to hear her perspective as a native of Jordan. I think I can speak for the group when I say this was a topic, we would not have learned about without the opportunity to have respectful intercultural and inter-religious conversation.”

Opportunities such as these affirm the university’s top ranking for student engagement by the Wall Street Journal/Times Higher Education.