Samford University Sports Marketing program in the Brock School of Business and Affinio (www.affinio.com), a cutting edge social media analytics firm out of Canada, recently conducted an analysis of Alabama and Auburn sports fans on social media. Affinio combined the Twitter audiences of both @UA_Athletics and @AuburnTigers then analyzed them based on their interests and affinities. Combined the two accounts have just over 302,000 followers. The social media gurus at Affinio were able to identify which sporting good brands were most popular with Alabama and Auburn fans by analyzing millions of social media interactions these fans have online. Here is what they found: 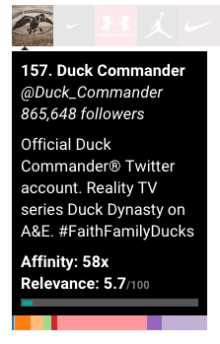 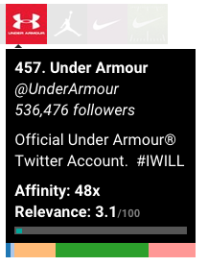 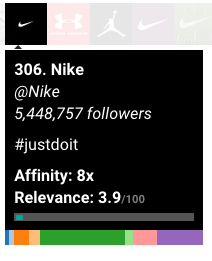 Stay tuned for additional insights about Alabama and Auburn fans from this fascinating study.