Performance Isn’t the Only Factor of Fan Loyalty 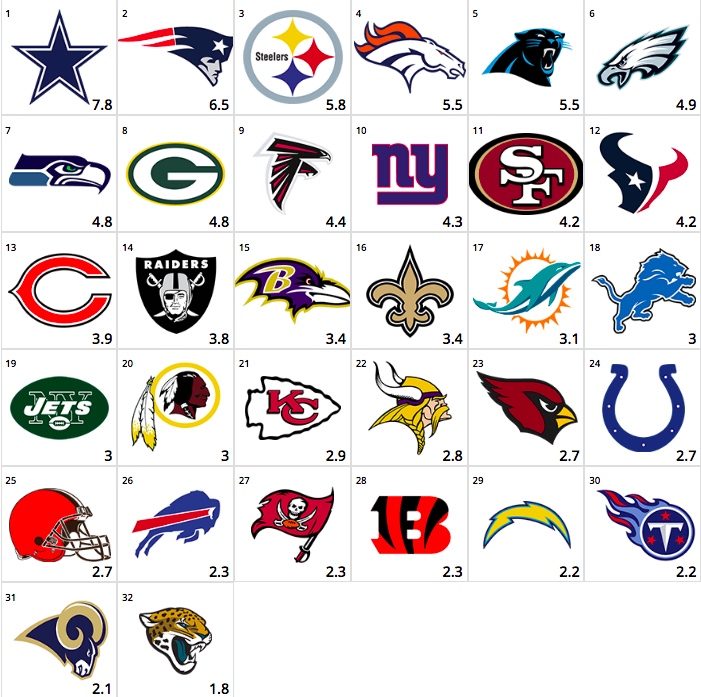 Many people would assume that what happens during a typical four-quarter, three-hour NFL game – the number of touchdowns, rushing yards, interceptions, and fumbles – drives fan loyalty, therefore resulting in greater game attendance numbers and social media fan engagement.  Though winning is important, research shows that performance alone does not motivate people to attend games or interact with teams on social media.

Samford University’s Center for Sports Analytics released NFL Relevance Rankings that measure each team’s ability to emotionally connect with their fans through social media.  These rankings are continuously computed using data from over 6.9 million U.S. sports fans that is analyzed and interpreted through algorithms and other technologies. For the sake of researching correlations between NFL Relevance Rankings and team value, attendance, and performance, the most recent publications of the rankings were used (October 2017).

Relevance ranking and a team’s monetary value follow similar trends, as a greater relevance ranking often indicates a higher team valuation.  However, it is not always true that just because a team experiences high total revenues that they are equally good at emotionally engaging their fans. For example, as displayed in the chart below, the Giants have a valuation of $3.30 Billion and a Relevance Ranking of 4.3, while the Falcons are worth $2.48 Billion with a greater score of 4.4. Likewise, the Titans are worth $2.05 Billion with a relevance of 2.2, while the Rams have a greater valuation at $3.00 Billion but with a lower score of 2.1.

A higher relevance score does not always determine high attendance records.  Though a linear trendline can indicate a higher score typically results in higher attendance, it can be noted by high variations in the graph below that high emotional connectivity with fans via social media is not always enough to convince them to buy tickets.

It is surprising that while the Raiders had an above-average relevance ranking of 3.8, their attendance for the 2016 season was the second worst in the league.  Furthermore, the Rams by far had the worst attendance of any other team, though they were not the team to possess the lowest relevance ranking. 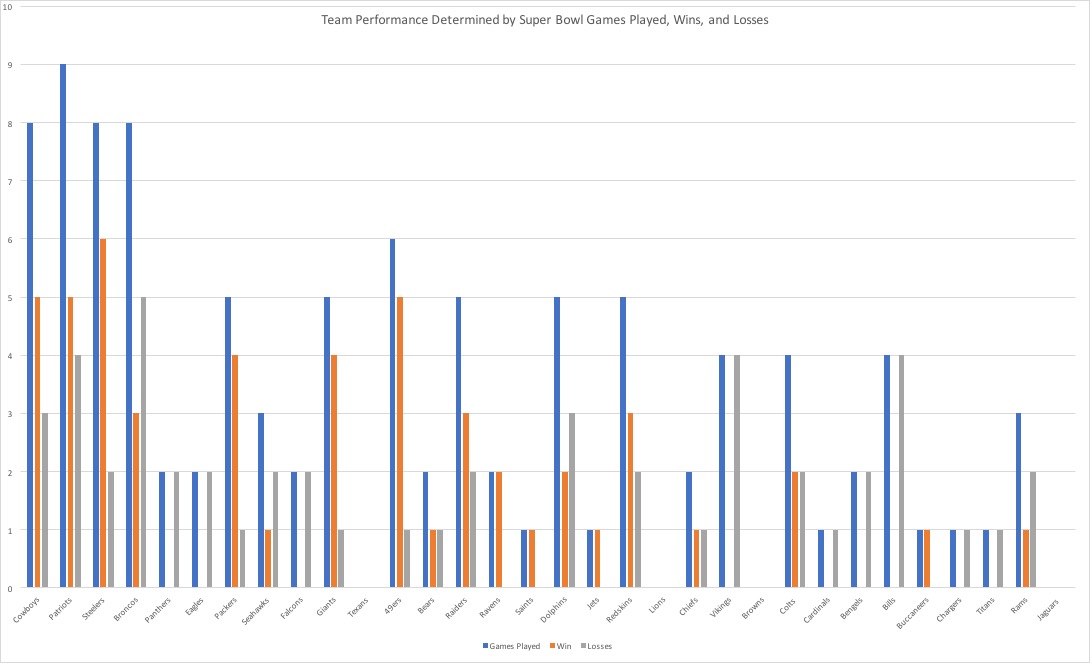 Team performance, indicated by the number of times a team has played in the Super Bowl along with the number of wins and losses, does not determine social media fan connectivity.  Performance does not strongly correlate with valuation, attendance, or relevance ranking.

For example, the Texans have an above-average ranking of 4.2 though they have never even been in the Super Bowl.  In addition, the Patriots have been to more Super Bowls than any other team in the league, yet has a ranking of only 6.5, a distant second to the Cowboys (7.8). Panthers, Eagles, and Falcons have never won a Super Bowl, yet have Relevance Scores that place them among the top ten teams in the league for strong social media.

Putting It All Together

Performance isn’t everything to fans.  If it were, the Patriots, who have played in nine Super Bowls and won five of them, would automatically have the highest revenues, attendance, and Relevance Ranking. But they do not; it is the Cowboys that dominate the league in all those three areas and no one even comes close to their success.

So, who is the worst team in the NFL? Based on Relevance Ranking, revenues, and performance, it could be decided that the Jaguars are the worst in the league. But then why does their attendance show that they are not even among the lowest three attendance records?

Such data goes to show that just because a team is selling tickets and winning games does not mean that they know how to effectively interact with fans on social media.  On the other hand, a team’s strength of fan connectivity does not ensure fans will buy tickets to the games and contribute to a team’s revenue earnings.

The key is to utilize social media in ways that will contribute to fan connectivity, but then go further to give fans a reason to attend the games through heightening the fan experience.  Social media and fan experience must work hand-in-hand to transition people from apathetic followers to passionate fans. This is exactly the reason why these NFL teams are scratching their heads on how to best enhance social media and fan experience as represented in their efforts to renovate stadiums, implement virtual reality fan interactions, create team apps, diversify social media platforms, and more. It will be interesting to see how their efforts in these areas improve their Relevance Ranking, attendance, revenues, and maybe even performance in the near and distant future.

Jay Shemenski (@jshemenski) says, “The leagues and teams that bring these experiences to people who couldn’t otherwise have them and foster deeper emotional connections to their brands are the ones who will continue to grow into the future.” 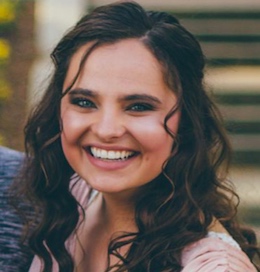