A Forecasting Model to Predict Where Leeds United F.C. Will Finish in the Table After Leeds United F.C.’s thrashing at the hands of Manchester United a few days ago fans are starting to come unglued with fear that Leeds United will be relegated in 2021. 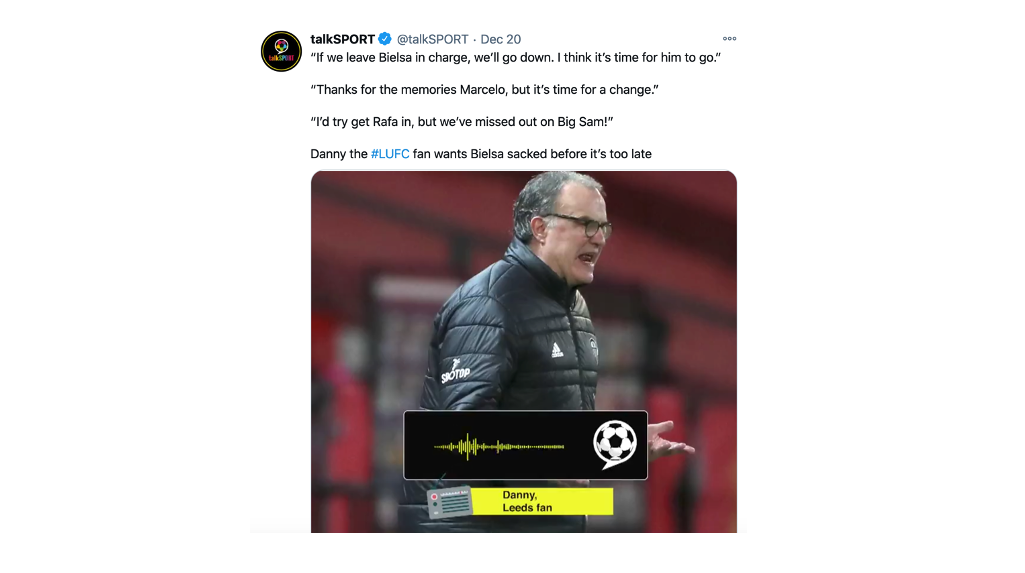 Are fans fears founded? How exactly has Leeds performed so far? Are they behind or ahead or schedule in terms of points earned?

To answer these questions the Center for Sports Analytics at Samford University developed the 2020/2021 Leeds United F.C. Projection Model. With over one third of the season officially in the books, we finally have enough data to start making some quality projections.

Step #1 in Building the Model

As can be seen in Table #1, we broke games down into three categories. “Top 6” are the teams battling for a top 6 finish (such as Liverpool this season); “Challengers” are the teams which comfortably escaped relegation but didn’t earn a spot in Europe (such as Wolverhampton this season); “Relegation Contenders” are teams which spent the season in the bottom third of the table fighting for survival (such as Fulham this season). We further divided the games down by Home or Away. Thus, as can be seen in Table #1, we found that successful survivors earned 12% of their points against Top 6 teams (like Manchester United) while playing at home and 20% of their points against Relegation Contenders (like Sheffield United) while playing away.

Step #2 in Building the Model

Next, we determined how many points Leeds United has earned so far from each category of games compared to what they need to earn in order to survive. Based on this study published by the Center for Sports Analytics earlier this year, we used 40 points as the target number for Leeds since it gives them a 99% likelihood of survival.

As can be seen in Table #2, as of the date of publication (December 22, 2020) Leeds has earned 3 points from Top 6 Away games out of a possible 12 points. Based on our model, Leeds needed to earn 1.92 points out of the 12 possible points in order to stay on track to earn 40 points for the season and guarantee survival. Thus, they are 1.08 points (3 points – 1.92 points) ahead of schedule within this category.

Based on our model, Leeds is currently ahead of schedule in three of the game categories (Top 6 Away, Challengers Away, and Relegation Contenders Away) and slightly behind in the other three game categories. Overall, Leeds is 4.10 points ahead of schedule and are on track to finish the season between 48 to 52 points. This would place them solidly mid-table based on previous years.

Looking ahead, Leeds plays a home match and an away match against relegation contenders Burnley and West Brom before the end of the year. Based on our model Leeds must earn 3.5 points from a possible 6 in order to stay on track. Thus, a win and a draw should give fans some end of year comfort. Two losses wouldn’t be the end of the world but it would significantly cut into the 4.1 point buffer that Leeds has built during the first third of the season.

Please stay tune for weekly updates to the 2020/2021 Leeds United F.C. Projection Model by following Dr. Darin White on Twitter @Sports_Biz_Prof and the Center for Sports Analytics @SamfordSACenter. It should be noted that our model’s accuracy will increase as more games are played.