Defying All Odds: The Story of the 2021 Atlanta Braves 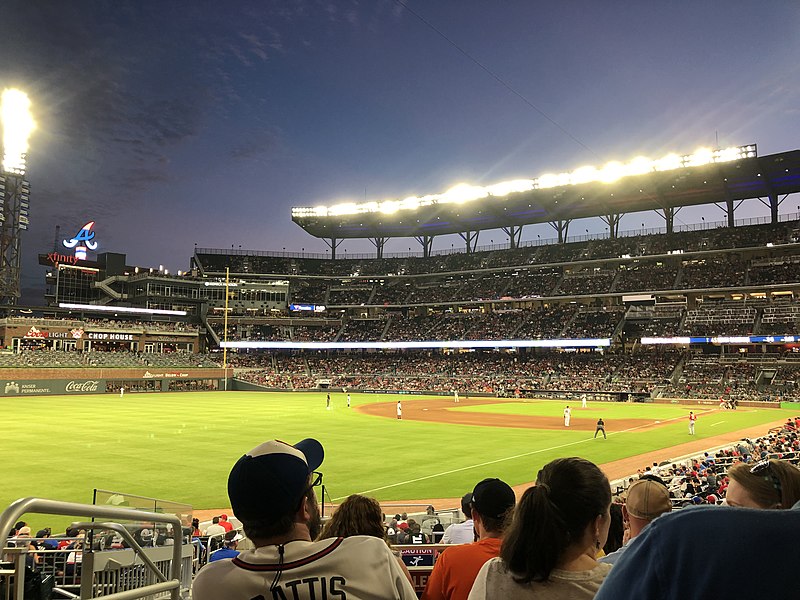 It’s July 10th. The Atlanta Braves are in Miami facing off against a young Marlins team. It’s the bottom of the fifth inning. Promising star Jazz Chisholm of the Marlins steps up to the plate and hits a fly ball to right field. The team’s MVP Ronald Acuña Jr. runs to track it down and jumps to attempt the catch. All comes crashing down. This is the story of the 2021 Atlanta Braves.

Ronald Acuña Jr. tore his ACL on July 10th, just two days before the All-Star break. The Braves sat with a record of 44-45 entering the break, and were 3rd place in the National League East as well as 4.5 games back from the Mets in first. The team was weak and broken, and had just lost its best player. How could the Braves replace the phenom with a .293 batting average, on base percentage of .394, and 24 home runs up to that point? All signs pointed towards minimizing the team's losses and preparing for next season. The Braves’ front office had different plans. They went away from selling at the break, and instead did the complete opposite.

The Braves’ front office went out and acquired six players at the trade deadline, just a couple of weeks after the All-Star game and Acuña’s injury. The players acquired consisted of five position players and one pitcher. Of the five position players traded for, four of them were outfielders. They looked to all of the newly acquired outfielders to pick up Acuña’s slack and try to match his production as a group. They didn’t expect it to be from one single acquisition, but they did want to win, and to do that would take a team effort.

At the All-Star break, on July 12th, Fangraphs projected the Braves had a 7.3% chance to make the playoffs, and a 0.3% chance to win the World Series.

A few weeks later at the trade deadline, on July 30th, Fangraphs projected the Braves had a 11.9% chance to make the playoffs, and a 0.8% to win the World Series. Which was not much better, and still drastically low.

The Braves looked past the miniscule odds and went on a tear after the trade deadline, accumulating a record of 36-19 over the last 55 games of the season. The trade acquisitions came up big after joining the Braves, from 30 combined home runs and 78 Runs Batted In from Jorge Soler and Adam Duvall to the solid .271 average of Eddie Rosario. Every player played their role to perfection, and combined to pick up where Acuña left off. These acquisitions did their part along with a near MVP caliber year from Austin Riley and another strong, consistent season from the Braves legend Freddie Freeman with Wins Above Replacement, or WAR, of 6.1 and 4.7 respectively. These performances were enough to propel them to a fourth straight NL east title, and a spot in the playoffs.

The playoffs would be no easy task for the underdog Braves, having to first face the Milwaukee Brewers. The trade deadline acquisitions once again came through for the team, combining for 12 of the Braves 30 hits in the series, an incredible 40% of the team’s hits. They won the NLDS 3-1 and moved on to the Los Angeles Dodgers. With a payroll $118 million dollars greater than the Braves, the team’s chances looked slim. However, the unlikeliest of heroes carried the team through the Championship Series, and of course, it was one of the players acquired by the team at the deadline. Eddie Rosario had a postseason tying record 14 hits in the NLCS, with an average of .560, on base percentage of .670, and slugged 1.040. He had a walk-off hit in game two, and a three run go ahead home run in game six, the game where the Braves won and advanced to the World Series. Eddie Rosario was named NLCS MVP, and it was well deserved. The Atlanta Braves would have to travel to the one seeded Houston Astros, and it would take strong performances by not only the deadline acquisitions, but the whole team to be able to hoist the championship.

The 2021 Atlanta Braves, which had a 0.3% chance to win the World Series at the All Star Break and 0.8% at the trade deadline, went on to defeat the Houston Astros in six games. The team’s first championship in over twenty years. Jorge Soler had go-ahead home runs in games one, four, and six, along with tallying 6 Runs Batted In in the series. This number tied another deadline acquisition and team returner Adam Duvall for the most in the Fall Classic. Together, they brought in 48% of the team’s Runs Batted In in the series. Soler earned a World Series MVP because of his performance. Austin Riley and Freddie Freeman came through with 31% of the team’s hits in the series as well, along with OPS’s of .898 and .896 respectively, cementing their place as a valuable piece in the Braves run. Between a no hit bid from Ian Anderson in game three, lockdown performance in game six from Max Fried, and clutch shutdown innings from the entire bullpen to Jorge Soler’s game changing home runs, the team pushed past the doubters and won it all. A team with the lowest of odds, a hurt MVP candidate, and brand new faces brought the World Series trophy back to Atlanta.

Hank Hayes is a Senior at Samford University currently studying Finance and Economics with concentrations in Data Analytics and Sports Marketing. He plans to pursue a career in data analysis after graduation, and is a huge fan of all things sports. He is currently involved with Sports Analytics in the Brock School of Business and is the Lead Analyst for the Sports Performance team.