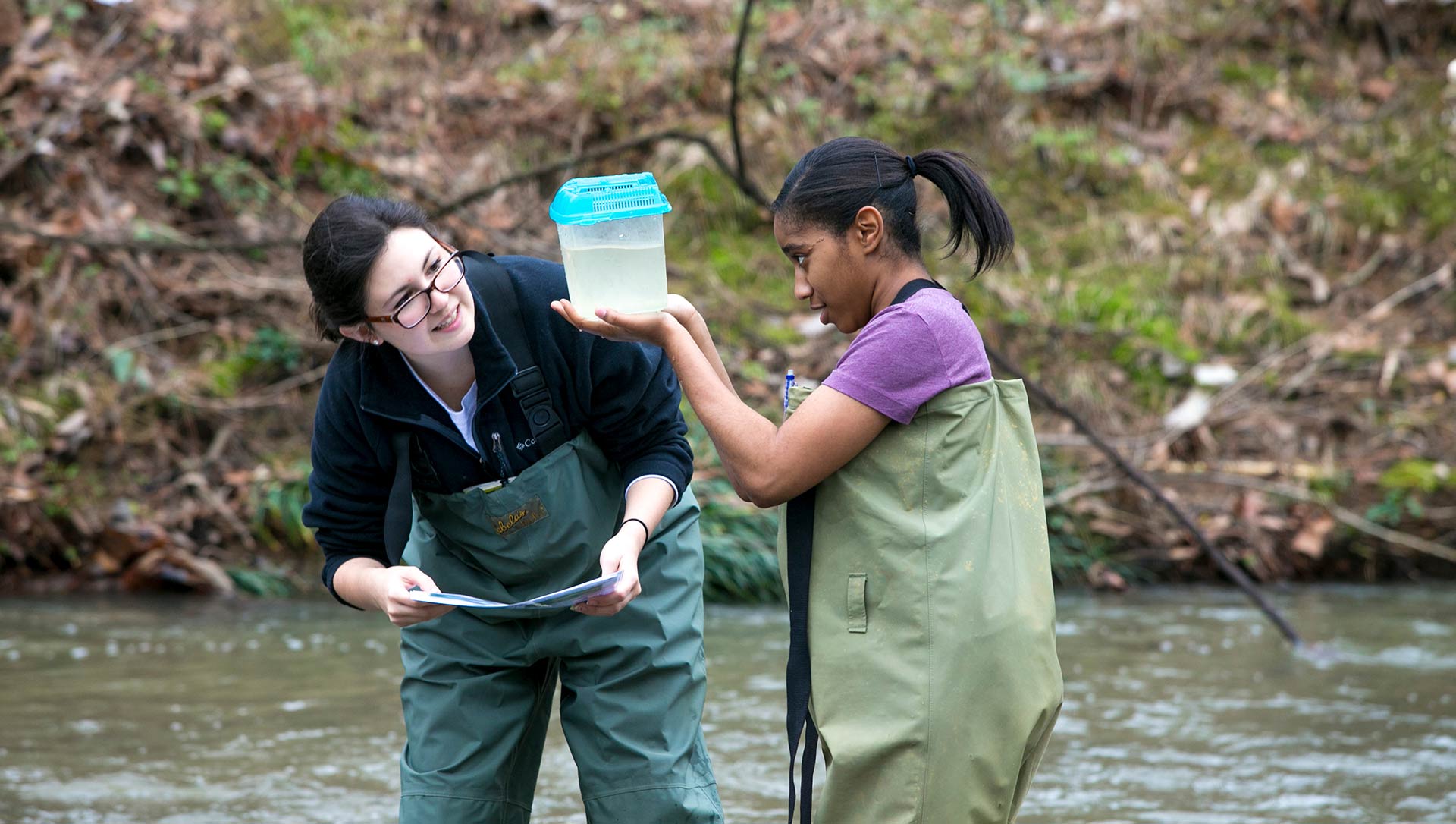 Our alumni are making an impact in the fields of biological and environmental sciences.

Thanks to his experience in bioinformatics at Samford, Lucas Boatwright '11 earned a rare stipend to pursue a master’s degree in biology at the University of Alabama at Birmingham. He earned that degree in 2013 and was admitted to a doctoral program at the University of Florida, where he will be working in a lab researching plant computational and functional genomics. Lucas' wife Christine '10 is a Samford English alumna.

Hugh Brindley '67 distinguished himself as a U.S. Navy dentist and is now a maxillofacial surgeon with practices in Cullman and in the Birmingham area’s Saint Vincent’s East hospital. As medical missionary to the poorest of the poor in Mexico since 2009, Hugh has created life-changing experiences for himself and countless others. He is shown, left, helping a patient in the mobile unit of his medical mission in Mexico.

As Chief Medical Officer at one of Birmingham’s busiest hospitals, Dr. Bradley Dennis '73 supervised clinical quality and process improvement, among many other important responsibilities. While earning his B.S. degree in Biology, Bradley was involved in the Pi Kappa Phi fraternity and served as a cheerleader and member of the university band. After graduation, he attended medical school at the University of Alabama and completed his residency at the Mayo Clinic. As an alumnus, Bradley continues his involvement in the Samford community by serving as the chairman of the Howard College of Arts & Sciences Advisory Board. He is married to Krista and has two boys, Jake and Nate.

Rebecca Rhea '10 is enrolled in Samford’s Master of Environmental Management Program in pursuit of a career in wildlife rehabilitation. She studied Desmognathus Salamanders for her undergraduate research project, and, with Dr. Kristin Bakkegard, has published that research in the Journal of Herpetology.

Nicholas Sourvelis '10 earned a master’s degree in education from the University of Alabama at Birmingham and now teaches chemistry and physical science at Oakman High School in Walker County, Ala. He aspires to be the best science teacher he can be,  earn a master’s degree in Biology and expand his teaching to the post-secondary level.

Charles R. Woods, Jr. '81 is chairman of the Department of Pediatrics at the University of Tennessee College of Medicine-Chattanooga and chief medical officer of the Children's Hospital at Erlanger. He also serves his Alma Mater as a member of the Howard College of Arts and Sciences Advisory Board.