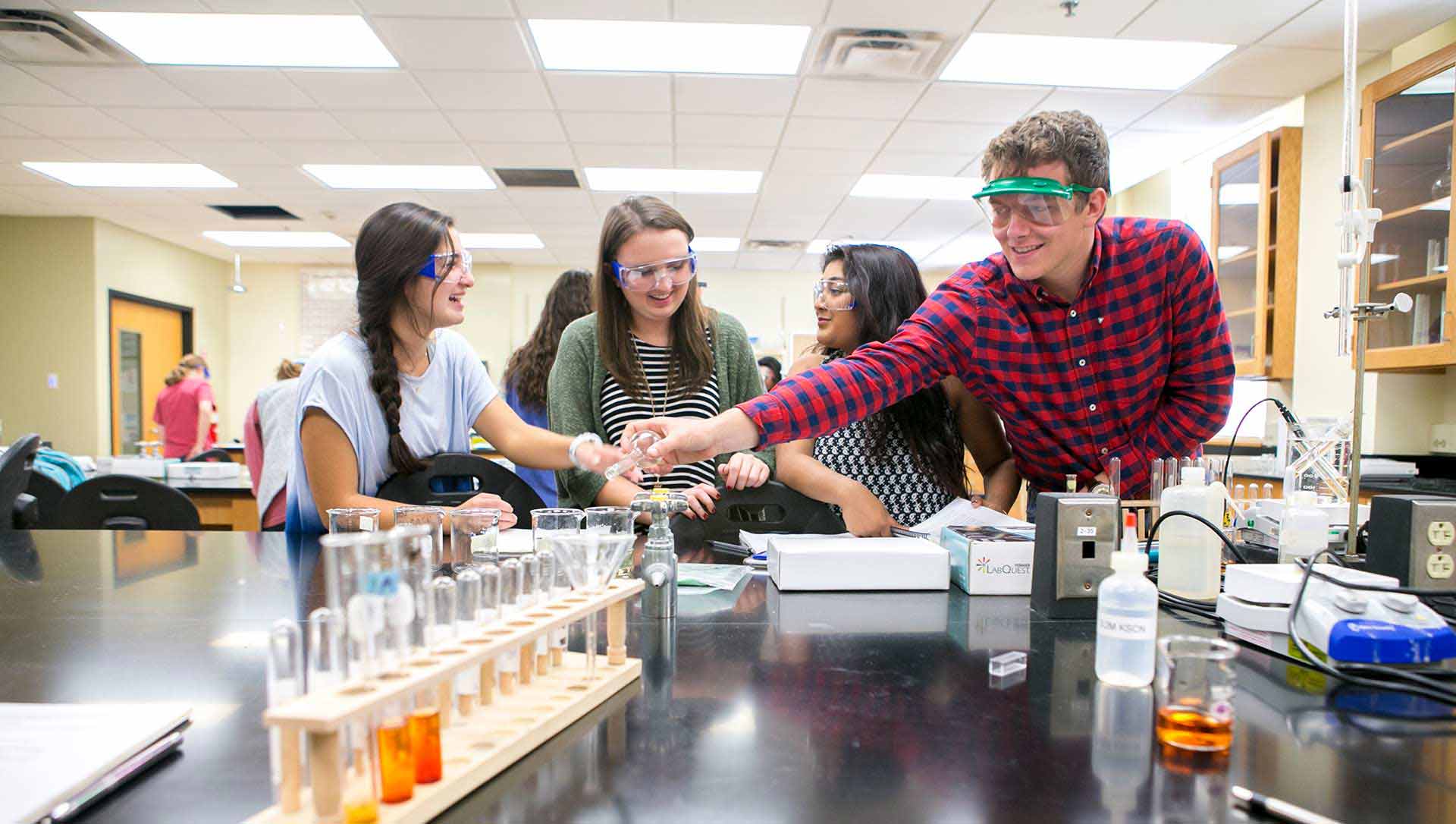 Mary Elizabeth Anderson '01 was a National Science Foundation Undergraduate Experience Fellow in 1999 and 2000. Since then, she has earned a Ph.D. in chemistry at Pennsylvania State University and served on the chemistry faculty of Hope College, and now is an associate professor at Furman University. She recently was awarded an NSF RUI grant to support her research in materials science.

Danielle Bailey '11 earned a Ph.D. in nanotechnology at Vanderbilt University.

Stephen Bailey ’11 earned a Ph.D. in neuroscience and quantitative methods at Vanderbilt University, where he was a National Institutes of Health Research Fellow. He now serves as a data scientist and analytics tools expert at Immuta.

Todd Honea ’99 earned a D.M.D. at the University of Alabama and has a family dental practice in Westover, Alabama.

Marvin Leathers '04, was a double-major in classics and biochemistry. He earned a Ph.D. in neuroscience and was a Mellon Fellow at the University of Pittsburgh. He is the first author of a Science article that received considerable attention in the neurological science world– “In Monkeys Making Value-Based Decisions, LIP Neurons Encode Cue Salience and Not Action Value."

Alan Long ’95 earned an M.D. at the University of Alabama at Birmingham and founded Skin Diagnostics Group in Birmingham, Alabama, where he practices as a dermopathologist.

Rickie D. Moon '77 is an environmental scientist for Teledyne Brown Engineering in Huntsville, Ala. Moon earned undergraduate degrees in mathematics and chemistry and the master of science in environmental management in 1997. He and wife MaryAnn are active volunteers with both the Samford Alumni and Parent Associations and have hosted numerous Samford events in their home. The couple received the Alumni of the Year Award in 2012.

Marty Ready ‘01 earned an M.S. in biochemistry at San Diego State University and a J.D. at Thomas Jefferson School of Law. He now practices intellectual property law with the Wilson Elser firm in San Diego, California.

Joy Roberson ‘07 is a Project Manager at McCormick Foods

Walter Turner '12 earned a Ph.D. in physical chemistry at the University of Georgia and now serves as an assistant professor at  Georgia Southern University.