This major promotes rational inquiry and deeper understanding of key issues at the intersection of faith and religion.

The department of philosophy educates students to recognize and think in an informed and reflective way about the perennially important issues of life—morality, what is truth, the nature of reality, how we know the world, beauty and art, faith and reason, evil and suffering, justice and society. Students learn to formulate opinions on these issues by engaging the best representatives (Plato, Aristotle, St. Augustine, Kant, Kierkegaard, and Wittgenstein) in the history of philosophy.  The Philosophy and Religion major exposes students to the rich and informative philosophical reflections on religion, thereby helping the student to better understand the various and important aspects of religious belief (for example, the relationship between reason and faith, life after death, and arguments for God’s existence)

My time with the philosophy department was central to my maturation as a student and as a person. By talking, thinking, reading, and writing about many of life’s biggest questions, I developed a holistic perspective that will undoubtedly allow me to become a more caring and perceptive physician than I would have been otherwise. David Bayless ’15, medical school student, University of Texas, Galveston

By extensively studying philosophy, students gain knowledge of foundational ideas that have shaped Western society (justice, logic, etc.). This knowledge equips the students to analyze the basic presuppositions and conflicts within culture. Also, the students become better able to read carefully challenging material and to think and write more logically. Finally, the students grow in the ability to sustain an informed inquiry and conversation about fundamental concerns (nature of reality, whether we can reason about God, and conflicting views of justice) and to continue to learn through the process.

Is This Program for Me?

Philosophically educated students learn to live with ambiguity about important issues such as God and evil, self-evident truth claims, and the nature of morality, yet such students seek to gain greater intellectual clarity about these kinds of issues. These students do not easily accept facile and untested answers about philosophically important concerns and, furthermore, endeavor to tailor carefully their choice of words and reasoning.  Because of this approach, the Philosophy and Religion major equips students to study and reflect with an open and studious mind the many aspects of religion.

What Makes Us Different?

Samford’s philosophy department, through it courses and teaching, contributes to the Christian intellectual tradition and to the constructive development of the student’s moral outlooks toward others, society, and the earth. Because of these orientations, the department represents an important and central aspect of Samford University’s mission and goals.

After earning a B.A. in philosophy from Samford University in 2013, I enrolled as a graduate student in musicology at The Ohio State University. I continue to use the philosophical thinking that I developed at Samford when trying to identify the structures that allow music criticism, music history, and communication through musical means. Additionally, I learned the invaluable skill of finding possible answers to ethical problems, and I learned how to criticize those answers in a principled manner. Thanks to the engaged and insightful philosophy faculty at Samford, I learned to approach issues in both work and day-to-day life in a more critical, informed way. Garrett Brown ’13, Ph.D. student, The Ohio State University

For the students who want to become academicians and teach philosophy, our bachelor’s degree is the first step toward earning a doctor of philosophy. Also, the Philosophy and Religion major is one of the best majors for preparing students for ministerial training and the advanced study of religion.  It is also excellent undergraduate preparation for law school and the health sciences. Finally, because of the development of intellectual reflection and of critically reasoning and writing skills, the major equips students to work well as managers, editors, and general leaders. 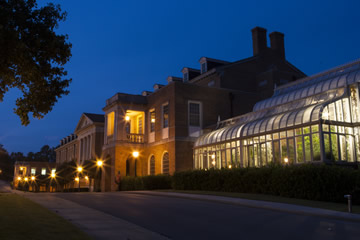