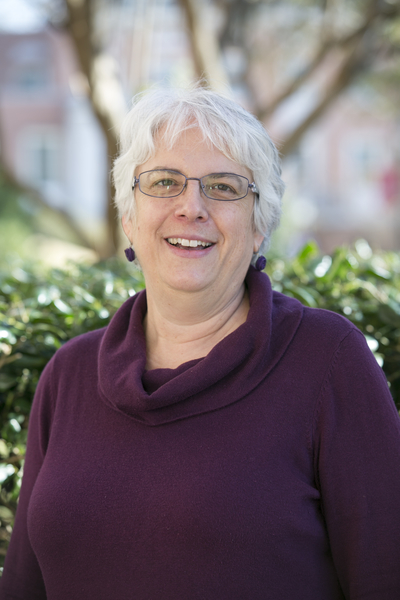 Marigene Chamberlain has always enjoyed professional associations and friendships across cultural and ethnic boundaries. She is deeply committed to helping students, faculty and others develop their intercultural competency through living and studying overseas and through other cross-cultural opportunities. She herself has extensive overseas experience through professional and personal activities; she has lived and/or worked in Chile, Peru, Mexico, Panama, Ecuador, Venezuela, Brazil, Paraguay, Spain, France, Germany, the United Kingdom and China. Dr. Chamberlain is a firm believer in the need to develop cross-cultural relationships in order to contribute positively to a globalized society.

Dr. Chamberlain joined the Samford faculty in 2005 as the International Studies Director and Instructor of Spanish. In 2008 she moved to the World Languages and Cultures Department to serve full time as Instructor of Spanish and Coordinator for Language Study Abroad. She teaches lower and upper division courses including Spanish for Missions; she also coordinates the Language Mission Internships and supervises the Spanish-language Mission Internships. While at Samford, Dr. Chamberlain received certification as an Intercultural Development Inventory Qualified Administrator. Her professional interests include Latin American and US Latin American literature and cultures, teaching and mentoring persons in the development of intercultural competency skills, theology, diversity and race relations in the US, foreign language pedagogy, and creative writing. She works with the World Languages and Cultures Department and the now Global Engagement Office to prepare students for long-term, intensive study abroad courses.

Prior to coming to Samford, she devoted herself to using her language skills in Christian ministry settings. She served for twenty years with the General Board of Discipleship, The United Methodist Church, in the area of leadership development for Hispanic/Latino ministries; she also lived in Santiago de Chile for two years and worked in a professional capacity or as a missions volunteer in various other Latin American countries. During the summers 2000-2003 and 2007-2015, she served as the Academic Director and/or faculty for Garrett-Evangelical Theological Seminary’s Escuela Curso de Estudios (Spanish-language Course of Study for local pastors) where she taught an introductory theology course in Spanish. She continues to work with various United Methodist institutions, equipping members for cross-cultural ministry, and doing volunteer mission work.