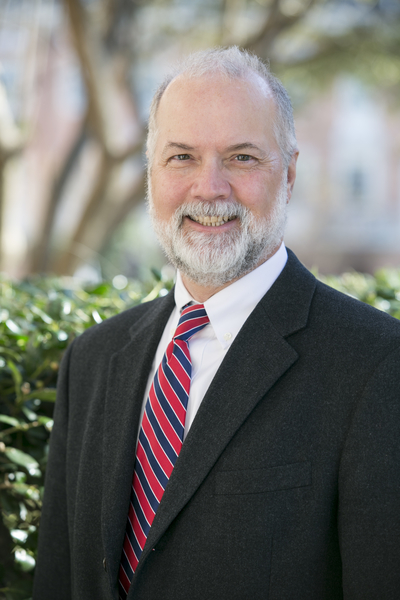 Randolph Horn was born in Opelika, Ala., but grew up in Bessemer.After witnessing the impact of a civil war in Namibia, he began to see the importance and impact politics has on society. At that point, he found that political science was the area he felt worthy of study. He is especially excited by the ability of political science to show that policy makers listen to the public, and he feels that makes his field of study worthwhile.

Horn always had a desire to teach at a small university in the South, and because he grew up close to Samford, he already knew it was a good school and liked the direction the university was going. He joined our faculty in1996, and throughout his years here he has enjoyed the students most of all. He loves working with Samford students because he finds them highly motivated,intelligent and concerned for the world around them rather than just themselves. He enjoys seeing his students change and grow in their time at Samford, and feels privileged to work with them.

Apart from teaching political science, Horn plays the mandolin at his church, All Saints Episcopal in Homewood, and coordinates the praise band there as well.