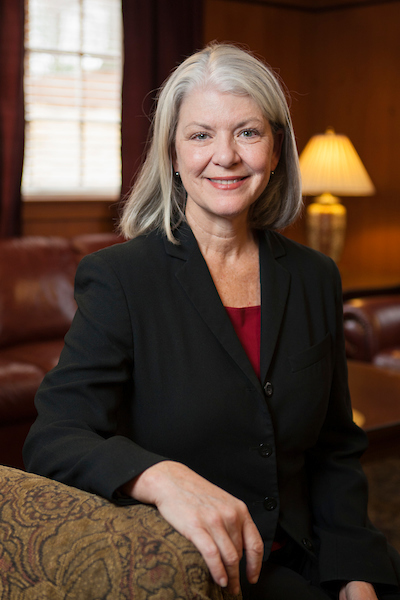 Dr. Marler received her B.S. from Auburn University, an M.S.S.W. from the University of Louisville, and her M.Div. and Ph.D. from the Southern Baptist Theological Seminary. Dr. Marler is a sociologist of religion with scholarly interest in contemporary American religion, and especially, the relationship between church and society. Her grant-funded research has focused on the shape and future of American Protestantism, cross-national trends in church involvement among Protestants and Catholics, and most recently, the impact of peer learning on pastoral leaders and their congregations. Her grant-related administrative work includes the development of the theological exploration of vocation and the sustaining pastoral excellence initiatives at Samford. She also is a Research Fellow for the Center for Congregational Resources. Dr. Marler has published numerous scholarly articles and essays. She was a co-author of Being There: Culture and Formation in Two Theological Schools (Oxford University Press, 1997) which received the Distinguished Book Award from the Society for the Scientific Study of Religion in 1998. She also collaborated with an international panel of sociologists of religion in a study of young Roman Catholics, which resulted in the book, Young Catholics at the New Millennium: The Religion and Morality of Young Adults in Western Countries (University of Dublin Press, 2000). More recently, she worked with a group of project director peers in the Lilly Endowment, Inc.’s Sustaining Pastoral Excellence initiative to produce the coauthored book, So Much Better: How Thousands of Pastors Help Each Other Thrive (Chalice Press, 2013). Her ongoing research interests include religion in America, theories of religious change, and congregational dynamics. Marler retired from full-time teaching at Samford in 2013 but continues to research, write, and serve as a Research Fellow for the Center for Congregational Resources.