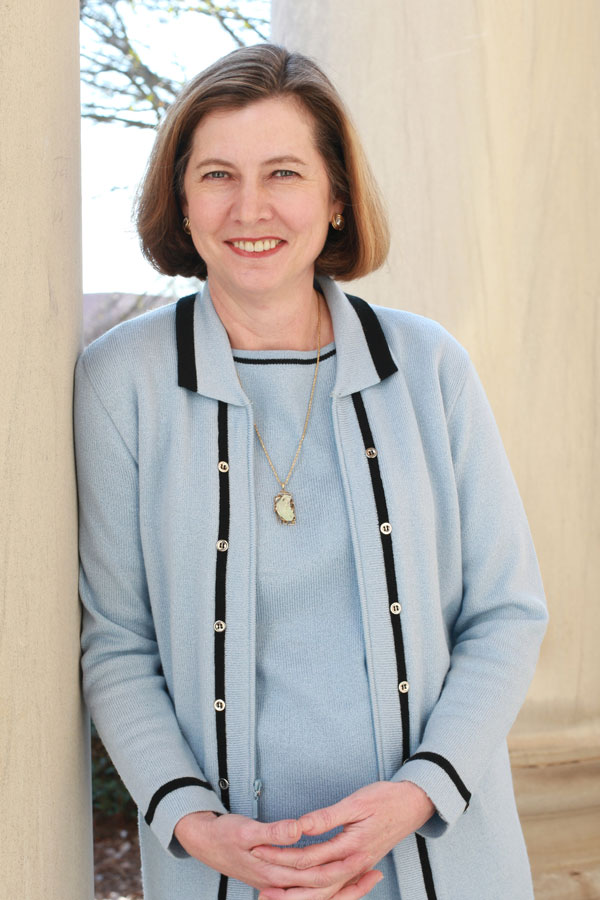 Samford English Professor Rosemary Fisk was awarded the prestigious J. William Fulbright Foreign Scholarship award to pursue research on the general education reforms in five Hong Kong universities. Fisk plans to take a sabbatical in the spring of 2011 to study in Hong Kong and conduct the research.

The Fulbright scholarships named after U.S. Senator J. William Fulbright of Arkansas, have been awarded to a distinguished legacy of scholars for over 60 years. "The Fulbright Program," as the organization describes it, "is the flagship international educational exchange program sponsored by the U.S. government and is designed to 'increase mutual understanding between the people of the United States and the people of other countries.' With this goal as a starting point, the Fulbright Program has provided almost 300,000 participants—chosen for their academic merit and leadership potential — with the opportunity to study, teach and conduct research, exchange ideas and contribute to finding solutions to shared international concerns.”

Dr. Fisk, who is also Associate Dean for the Howard College of Arts and Sciences, will be working with four other Fulbright Scholars in Hong Kong on a project called "Reforming General Education in the Five Hong Kong Public Universities." The Hong Kong university system is moving from a 3-year to a 4-year curriculum in order to be competitive internationally, and they need scholars to come in and help with the new design. Dr. Fisk also hopes to apply her research back to the continuing assessment of Samford’s general education program.

Rosemary Fisk has taught at Samford University in Birmingham, Alabama since 1984. She holds an M.A. in English from Duke University and Ph.D. in English from Rice University, specializing in 19th-century American literature. She serves as Secretary on the Executive Council of the Nathaniel Hawthorne Society and will become President Elect in 2010. Besides teaching American literature, Dr Fisk has been Associate Dean of Arts and Sciences since 2001 and administers the core and general education programs. She is editor of the two-volume anthology "Cultural Perspectives: A Sourcebook" for the interdisciplinary core course, in addition to numerous articles. She has served on the board of the Alabama College English Teachers Association (ACETA). Each spring she organizes the Old Howard 100 century bike ride across three counties of the Black Belt to benefit Sowing Seeds of Hope, an organization devoted to improving the quality of life in Perry County.

"This prestigious award highlights Dr. Fisk's expertise as a scholar and is a credit to the university, as well as to the college and to our department," said Mark Baggett, chair of Samford’s Department of English. "She is not only an excellent teacher and administrator, but she has represented Samford through her work and influence in the Hawthorne Society and now in the global community of scholars. She is simply invaluable on so many levels of Samford life, and this recognition is highly deserved."