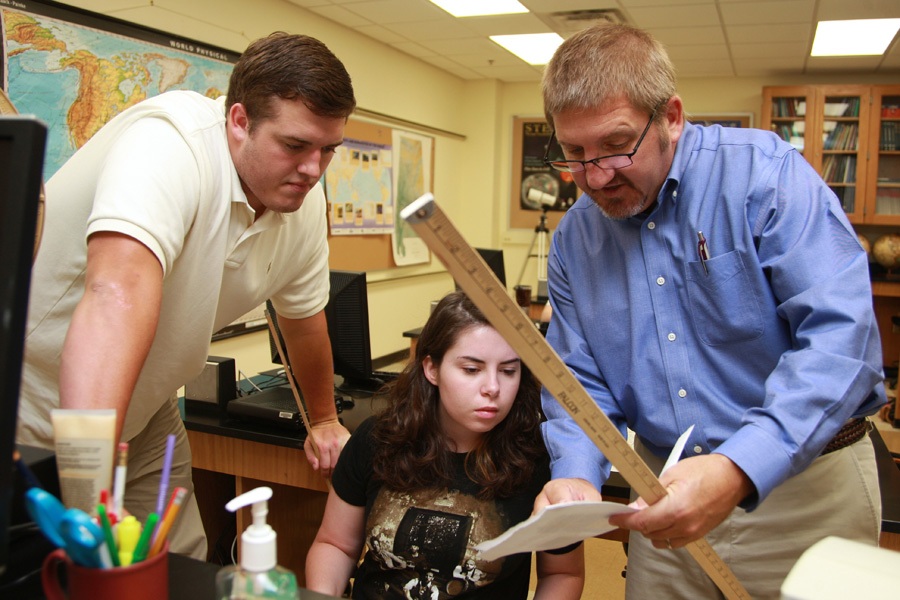 Samford Geography Department Chair Eric Fournier has been named a Fellow of the Gilbert Grosvenor Center for Geographic Education at Texas State University.

The appointment is for a five-year-term and will involve work on various initiatives related to the center's mission to improve the quality of geographic education in the United States.

This is Fournier's second professional honor this academic year. In November, 2011, he received the Excellence in Teaching Award of the SouthEastern Division of the Association of American Geographers (SEDAAG).
Samford is a leading Christian university offering undergraduate programs grounded in the liberal arts with an array of nationally recognized graduate and professional schools. Founded in 1841, Samford is the 87th-oldest institution of higher learning in the United States. The Wall Street Journal ranks Samford 1st nationally for student engagement and U.S. News & World Report ranks Samford 37th in the nation for best undergraduate teaching and 97th nationally for best value. Samford enrolls 5,758 students from 48 states and 22 countries in its 10 academic schools: arts, arts and sciences, business, divinity, education, health professions, law, nursing, pharmacy and public health. Samford fields 17 athletic teams that compete in the tradition-rich Southern Conference, and ranks 3rd nationally for its Graduation Success Rate among all NCAA Division I schools.