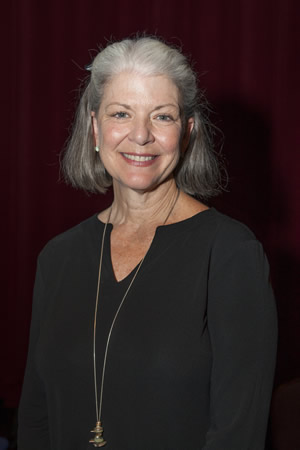 Her topic will be "Train Up a Child: Sunday School and the Future of Southern Baptists." The public is invited free of charge.

A nationally known researcher on various aspects of religion and life, Marler joined the Samford religion faculty in 1993. Her research on church attendance has influenced both the sociological understanding of religion and policy making in religious denominations. She is also a respected authority on the changing role of women in churches.

She holds a bachelor's degree from Auburn University, master's and Ph.D. degrees from Southern Baptist Theological Seminary, and a master's in social work from University of Louisville.

The annual lectureship, established in 2008 to honor the memory of former Samford religion professor Ray Frank Robbins, focuses on the intersection of scholarship and Christian living.
Samford is a leading Christian university offering undergraduate programs grounded in the liberal arts with an array of nationally recognized graduate and professional schools. Founded in 1841, Samford is the 87th-oldest institution of higher learning in the United States. The Wall Street Journal ranks Samford 1st nationally for student engagement and U.S. News & World Report ranks Samford 37th in the nation for best undergraduate teaching and 97th nationally for best value. Samford enrolls 5,758 students from 48 states and 22 countries in its 10 academic schools: arts, arts and sciences, business, divinity, education, health professions, law, nursing, pharmacy and public health. Samford fields 17 athletic teams that compete in the tradition-rich Southern Conference, and ranks 3rd nationally for its Graduation Success Rate among all NCAA Division I schools.