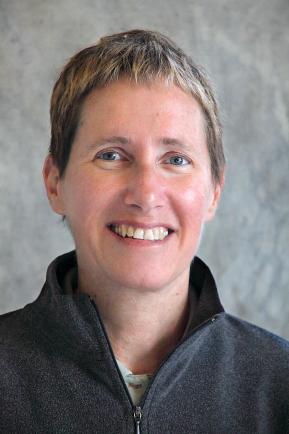 The Feb. 11 event, at Birmingham’s Temple Beth-El, will feature details of Magness’s recent discoveries in the Ancient Synagogue at Huqoq, in Israel's Galilee. The site includes the remains of a synagogue which housed a diverse set of mosaics portraying the story of Samson, as well as other non-biblical scenes. A 6:30 p.m. reception will be followed by a presentation and slide show at 7 p.m.

Samford will host Magness for a second event, focused on “Purity in Ancient Judaism,” Feb. 12 at 1 p.m. in Samford University’s Brock Forum, Dwight Beeson Hall. That event is co-sponsored by Howard College of Arts and Sciences and the office of the university provost.

“Magness is an excellent speaker, and the synagogue at the site she is excavating may be one of the most important synagogue discoveries in Israel,” said Samford religion professor James Strange, who leads excavations at the nearby site of Shikhin.
Samford is a leading Christian university offering undergraduate programs grounded in the liberal arts with an array of nationally recognized graduate and professional schools. Founded in 1841, Samford is the 87th-oldest institution of higher learning in the United States. The Wall Street Journal ranks Samford 1st nationally for student engagement and U.S. News & World Report ranks Samford 37th in the nation for best undergraduate teaching and 97th nationally for best value. Samford enrolls 5,758 students from 48 states and 22 countries in its 10 academic schools: arts, arts and sciences, business, divinity, education, health professions, law, nursing, pharmacy and public health. Samford fields 17 athletic teams that compete in the tradition-rich Southern Conference, and ranks 3rd nationally for its Graduation Success Rate among all NCAA Division I schools.