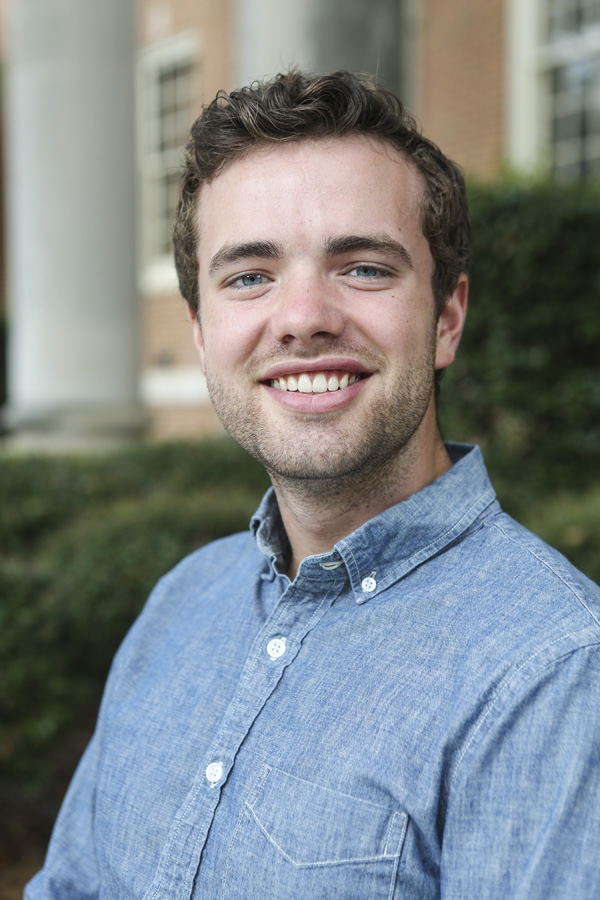 “This honor is an incredible academic opportunity as well as a unique cultural and personal opportunity, Quinn said. “The hardest part is deciding whether I'm more excited to continue my studies at the graduate level or live in Dublin for a year.” After his study in Ireland, Quinn hopes to pursue a Ph.D. in a U.S. graduate program.

The Fulbright Program is the flagship international educational exchange program sponsored by the U.S. government and is designed to increase mutual understanding between the people of the United States and the people of other countries. A single Fulbright award is a rare honor, but this is Quinn’s second international study opportunity via the prestigious program. In 2012 he was one of six U.S. students chosen to participate in the Fulbright Commission Summer Institute at Queen's University in Belfast, Ireland.

Quinn said he first developed an interest in Irish literature during that earlier Fulbright experience. Samford then helped him deepen that interest through English courses and independent studies, and helped connect him to the Fulbright program.

“My relationships with English faculty have been instrumental in every part of the application process,” Quinn said. “Even after graduation, I know they will be available to give me advice about grad school, future plans, and life as well.”
Samford is a leading Christian university offering undergraduate programs grounded in the liberal arts with an array of nationally recognized graduate and professional schools. Founded in 1841, Samford is the 87th-oldest institution of higher learning in the United States. The Wall Street Journal ranks Samford 1st nationally for student engagement and U.S. News & World Report ranks Samford 37th in the nation for best undergraduate teaching and 97th nationally for best value. Samford enrolls 5,758 students from 48 states and 22 countries in its 10 academic schools: arts, arts and sciences, business, divinity, education, health professions, law, nursing, pharmacy and public health. Samford fields 17 athletic teams that compete in the tradition-rich Southern Conference, and ranks 3rd nationally for its Graduation Success Rate among all NCAA Division I schools.