Students Read, Debate and Plot Their Way to Deeper Understanding of History 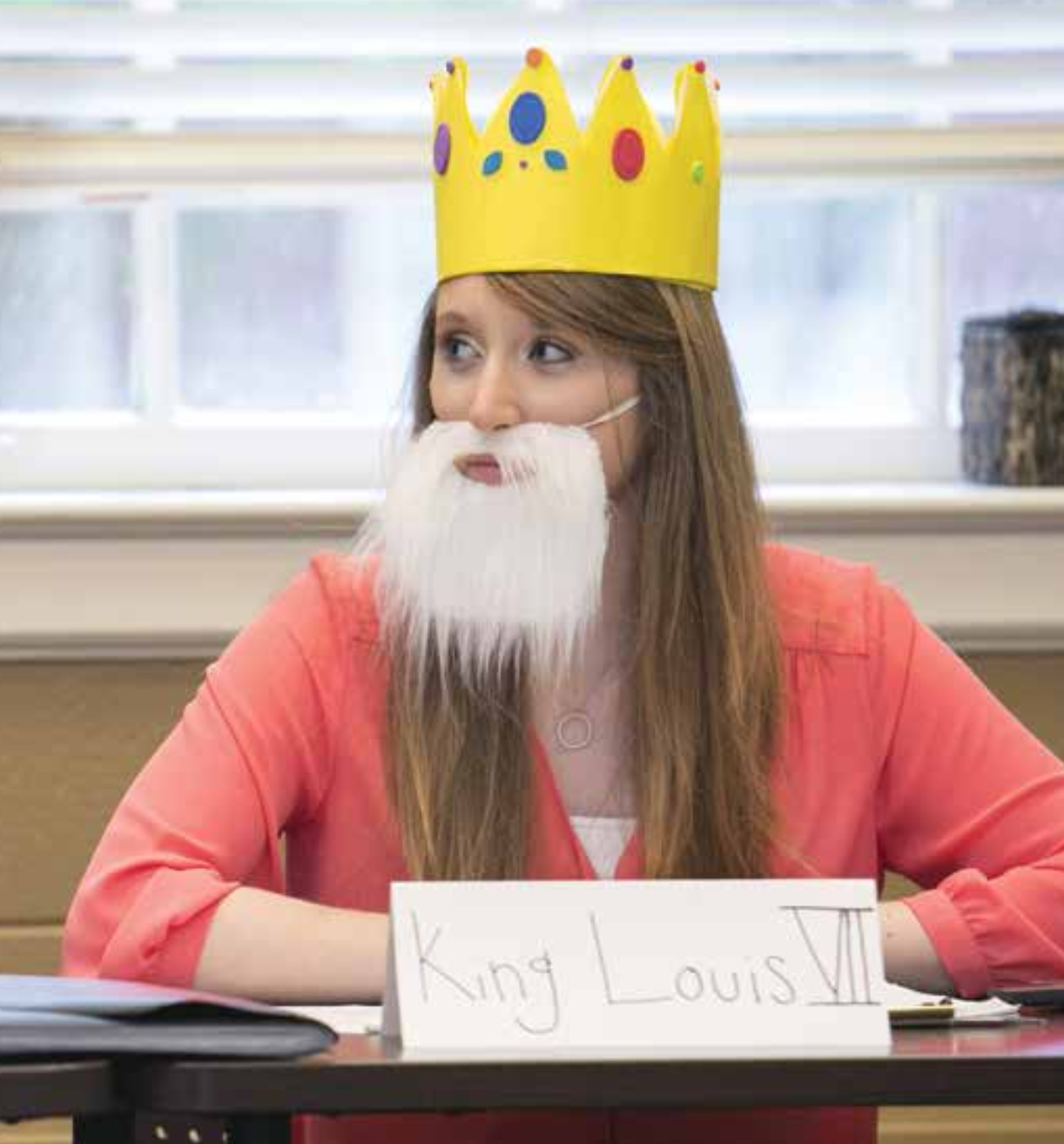 Since 2009, Classics professor Shannon Flynt has led University Fellows honors students in intense classroom exercises designed to deepen their historical understanding and cultivate the critical thinking skills highlighted in Samford’s new QEP. A series of educational games require students in her Western Intellectual Tradition courses to read in greater depth, debate, plan, plot and, as much as possible, think like the historical characters they represent in the games.

The Reacting Consortium, based at Barnard College, rigorously reviews and publishes a diverse series of Reacting To the Past games, and professors throughout the U.S. adapt them for use in their classrooms. Flynt regularly leads Reacting games focused on ancient Athenian democracy, the Council of Nicaea, the Second Crusade and Rome in the aftermath of the assassination of Julius Caesar.

Flynt reads and plans for months for each new game, but then shifts the burden to her students. She assigns roles–sometimes casting against type–creates opposing teams she knows will challenge each other, keeps students within plausible historical boundaries and throws in the occasional surprise. Otherwise, once the game begins, she stays on the sidelines and gauges how well the participants understand and represent their assigned roles.

“They cannot successfully do this without reading,” Flynt said. In fact, not only do students report reading more for the games than they do for traditional classes, they typically become so absorbed in their characters and causes that homespun costumes, hurt feelings and even tears are common. Flynt said a thorough game post-mortem explains how closely it followed the actual historical outcomes, helps sooth feelings and gives students the opportunity to step back from their characters and discuss things more objectively.

The Reacting game results are so compelling that Eric Fournier, director of Samford’s QEP and Center for Teaching, Learning and Scholarship, asked Flynt to lead a faculty workshop on the technique last summer. She led the participants in the Rome game and found that faculty, too, will immerse themselves in their roles and adapt the techniques to their own disciplines.

Chemistry and Biochemistry professor Paul Wiget, the workshop game’s MVP, recalled the moment during his preparations when he realized just how deeply such games can inform participants and challenge their modern perspectives and values. To protect the Republic from tyranny, he had to set aside his own values for a moment, do what he thought his character would do, and eagerly join in the intrigues that absorbed the participants. “Once the game is on, it’s on,” Wiget said.

University Fellow Jack Kawell, who has participated in every Reacting To the Past game Flynt leads for the Fellows, also enjoyed the competitive aspect of the games. “I thought that this intensely personal and driven way of approaching a subject allowed me to understand the topic at a much deeper level than the typical lecture,” Kawell said. “It allowed me to peer around the curtain of textbook-based history classes and view the past the way it actually was: exciting, alive, ever-changing, and most importantly, real.” He was especially fascinated to learn how personal and fragile history can seem when viewed through the eyes of those who lived it.

“For me that’s such an amazing thing,” Flynt said, “when students who might otherwise think, ‘why didn’t they just make the right decision?’ learn that the decision made sense in the context, when all of the facts and passions are set on the table.”