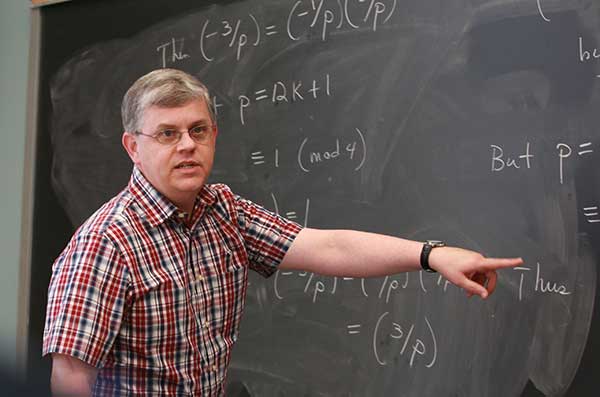 Samford mathematics professor David Foreman touched the lives of thousands of students during his tenure at Samford University (1986-2014).

We celebrate his life and dedication to teaching with the David Foreman Annual and Endowed Scholarship, which awards $1,500 in gifts annually to junior and senior math and computer science students who demonstrate financial need and have a GPA of at least 3.5.

“David was a masterful teacher and mentor, and through this scholarship we want to continue to share his story and legacy with generations that will never have the benefit of knowing him personally,” said Emily Hynds, chair of the Samford’s Department of Mathematics and Computer Science. “We also want to give the people who did benefit from working with him the chance to show their love and appreciation for him in a way that he would wholeheartedly endorse.”

We invite you to make a tax-deductible gift to this important scholarship fund in memory of our beloved professor, colleague and friend.

Give online or by check to:

Department of Math and Computer Science