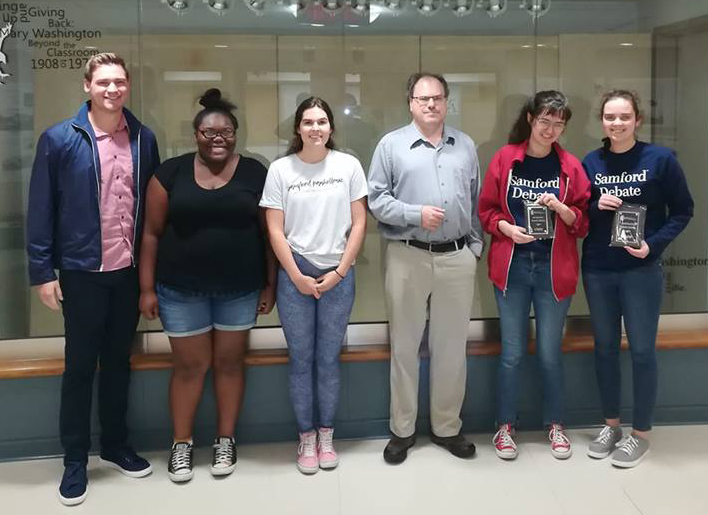 Samford debaters with Ryan Galloway at the October tournament