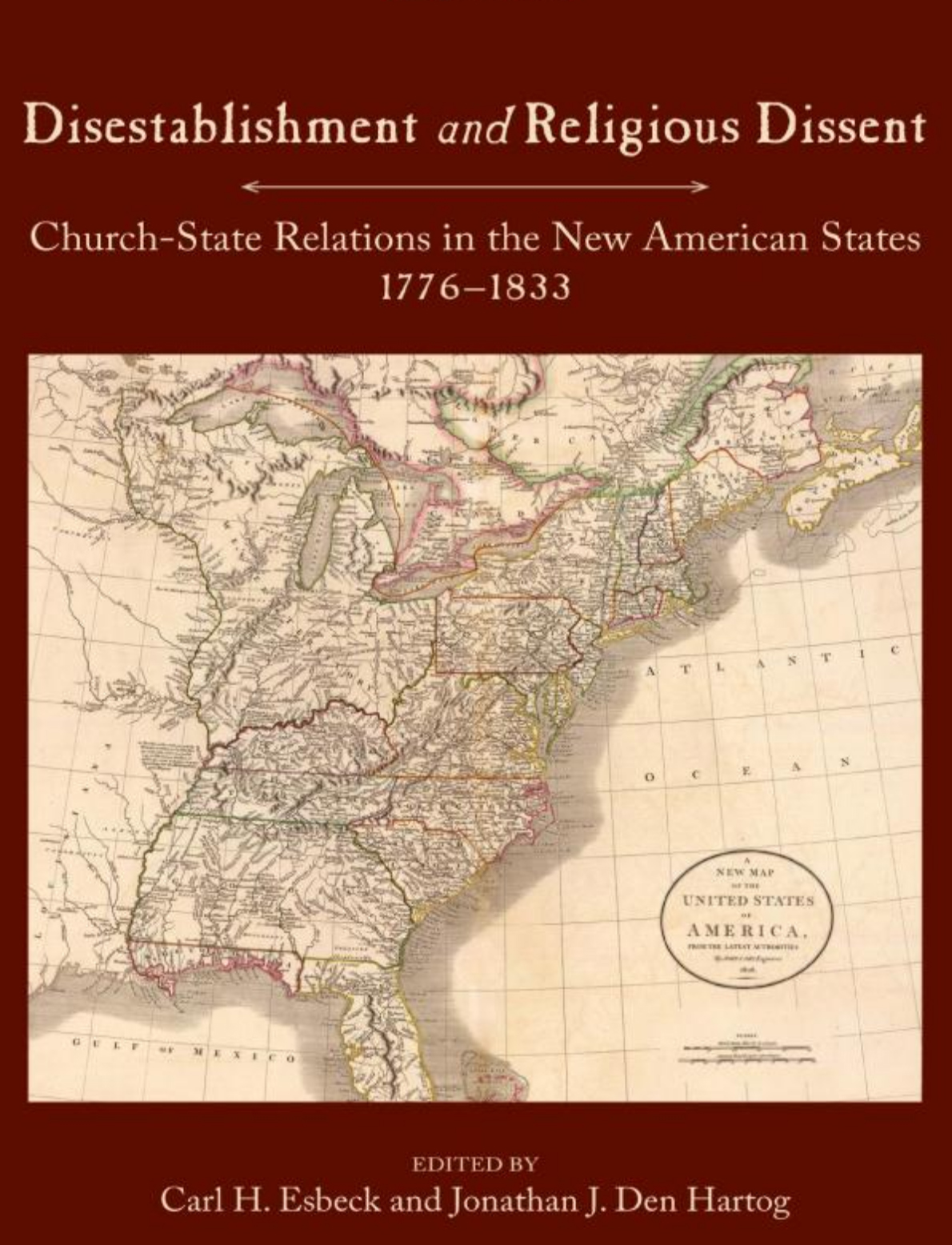 Samford History Department chair Jonathan Den Hartog and University of Missouri law professor Carl Esbeck are the editors of a new book that addresses the myths, half-truths and errors surrounding popular notions of American church-state relations. The book is expected to serve as a key reference for understanding the varied process of disestablishment, a singular American contribution to the theory of governing.

Disestablishment and Religious Dissent: Church-State Relations in the New American States, 1776-1833 offers 21 essays by historians and legal scholars that detail disestablishment in the original 13 states, as well as other early states like Vermont and Kentucky, and three Catholic disestablishments, including Louisiana and Florida. The essays document church disestablishment as it proceeded state by state in many different ways, with American Baptists playing a key role as they sought to defend “soul liberty” from governmental coercion.