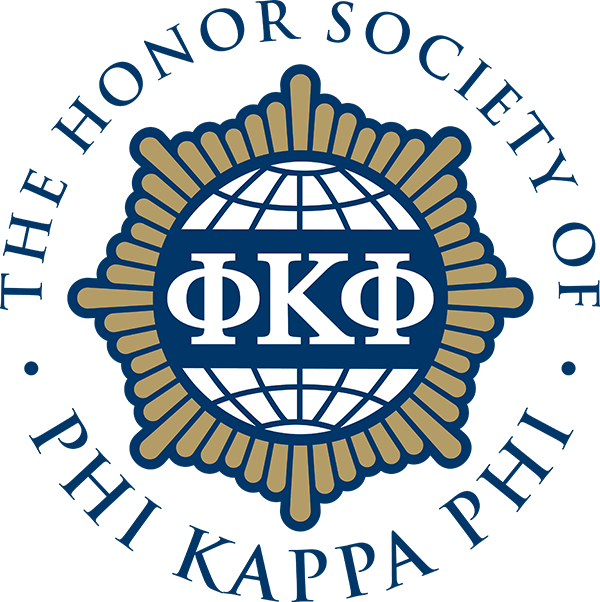 Phi Kappa Phi, the nation’s oldest and most selective multidisciplinary collegiate honor society, provides a global network of scholars and professionals. Junior students must rank in the top 7.5% to qualify for initiation. Seniors and graduate students much rank in the top 10% of their classes.