Montás to Speak on Liberal Education and Human Freedom Oct. 10 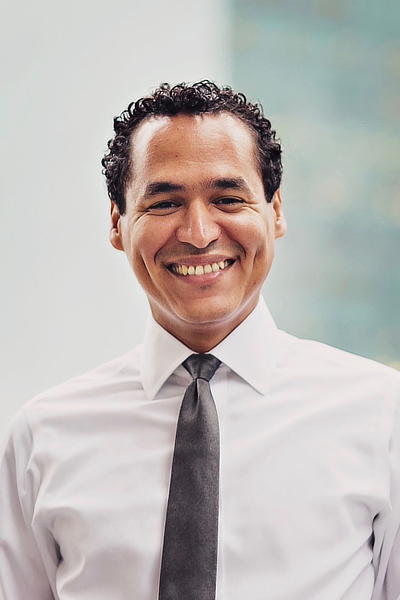 Roosevelt Montás, a noted American literature scholar and former director of the Center for Core Curriculum at Columbia College, will present on Liberal Education and Human Freedom as the 2019 J. Roderick Davis Lecture Oct. 10 at 7 p.m. in Reid Chapel. The free public event is sponsored by Samford University’s Howard College of Arts and Sciences.

Born in the Dominican Republic, Montás immigrated to the U.S. as a teenager. He attended public high school in Queens, New York, and was admitted to Columbia College in 1991 through its Opportunity Programs. Montás graduated from Columbia in 1995 with a degree in comparative literature and went on to complete an M.A. (1996) and Ph.D. in English at Columbia University. He specializes in antebellum American literature and culture, with a specific interest in citizenship  and American national identity. His dissertation, "Rethinking America: Abolitionism and the Antebellum Transformation of the Discourse of National Identity", won Columbia University’s 2004 Bancroft Award.

“Dr. Montás brings a unique perspective to the teaching of core texts as both a native of the Dominican Republic and a graduate of Columbia University,” said Samford history professor Jason Wallace, director of Samford’s Core Texts program. Wallace noted that Columbia University pioneered the core texts idea to the World War I and a growing trend toward professional training in higher education. The renewed emphasis on the enduring ideas of western civilization influenced Samford’s program and many others, he said. Montás is uniquely qualified to comment on that influence because he “understands and articulates better than most that for democracy to remain healthy, educators of whatever political disposition should introduce students to the history of ideas that have shaped our world,” Wallace said. “His passion and vision are what we are striving for in Samford’s Core Texts curriculum.”

The annual J. Roderick Davis Lecture is Samford University’s premier public arts and sciences events. Each year’s topic connects with important issues, current events and historical milestones that reflect Samford’s commitment to a broad liberal arts education. The lecture series honors J. Roderick Davis, a 1958 Howard College alumnus and later the dean of Samford’s Howard College of Arts and Sciences. When Davis retired from his office in 2001, his colleagues honored him by establishing a lecture series in his name that would bring to campus recognized scholars and public intellectuals.