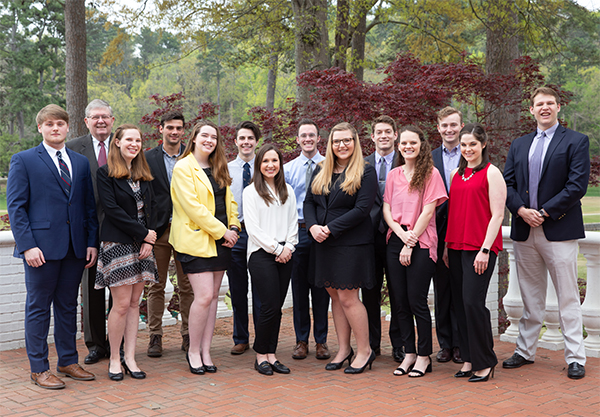 Samford University students have earned $6,000 in cash for their participation in the 2019 American Independence Awards, sponsored by the Alabama Society of The National Society of Colonial Dames in America (NSCDA) in April.

The 44 societies and 15,000 members of the NSCDA promote appreciation for the people, places and events that led to the formation and development of the U.S., and provide leadership in the field of historic preservation, restoration and the interpretation of historic sites. For more than 60 years, the organization has worked to honor outstanding historical research by Samford undergraduate students. The 15 students honored this year represent two academic divisions and five majors and concentrations.

The Alien and Sedition Acts: A Fight for Power and Rights– Anna-Drake Stephens (history)

The Puritan Foundations of American Government: How the Experiences and Religious Beliefs of the Puritans Shaped Their Government and Framed Modern America’s–Sarah Schansberg (history/classics)

The Spark and the Fire: A Historical Study of the Motives and Values of the Reconstruction of Colonial Williamsburg–Jonathan Lawson (history-legal studies)

The top five honorees summarized their papers at the annual meeting of 100 Dames, donors and other supporters.