5 Things to Know About Heather West 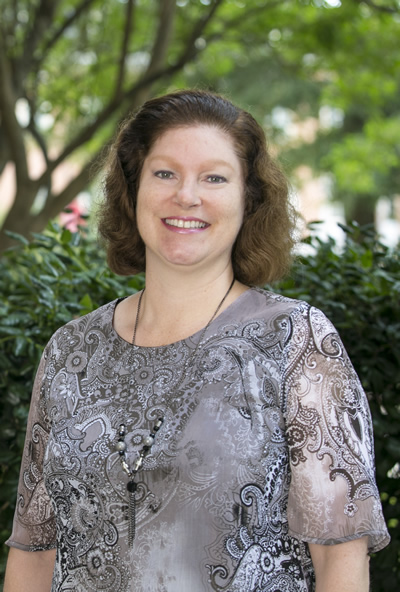 Heather West joined Samford's faculty in 1993 and currently serves as Assistant Professor of French and Director of the Critical Languages Program. In 2015, the government of France named her Chevalier de l’ordre des Palmes académiques (Knight of the Order of Academic Palms) in recognition of her eminent service to French education and her contribution to the prestige of French culture. Inside Samford offers "5 Things to Know" about this outstanding professor.

Why do you teach?
Language and communication are at the heart of the human experience. Teachers have a responsibility to equip to the next generations with the skills to compete in a global marketplace, and proficiency in another world language and intercultural competence are essential. World languages instructors expand the horizons of students who may never leave home, but who will certainly work with people of many nationalities and backgrounds. I aim to open the minds and hearts of students such that they will learn acceptance of other ways of thinking.

What is your favorite activity outside of Samford?
I enjoy giving back to my profession. My mentors stressed professional involvement and leadership, so I work with the American Association of Teachers of French as the Alabama state administrator of the National French Contest (Le Grand Concours), a competition for K-12 students. I am also the secretary of the National Association of Self-Instructional Language Programs. In November 2019, I hosted the annual NASILP conference here at Samford.

How did your background prepare you for your current role?
I started to learn French in preschool and elementary school but then moved to a school where there was no French instruction, so I had private lessons here at Samford until I could pick it up again in junior high. After studying French throughout high school, it became an obvious choice of major for me in college. A summer study program in Paris and a graduate assistantship in French at Mississippi State University started me on my career path as a French professor.

What research have you been conducting lately and why?
My areas of research include the contemporary literature and culture of Quebec as well as literature in French, Spanish and English from the Caribbean including that of the Haitian diaspora. I am particularly interested in Haitian artists who have emigrated to Quebec and who are contributing to contemporary culture of the province. As such, my recent research concerns how to teach Quebec history, culture and literature through the works of immigrant writers.

What is a favorite project you have worked on recently?
In November, I received a fourth grant from the FACE Foundation, which supports French-American Cultural Exchange in Education and the Arts, for a Tournées Film Festival on campus during National French Week and International Education Week. I partnered with the Samford University Film, French and German Clubs, as well as Phi Kappa Phi honor society and the Birmingham Holocaust Education Center, to host the post-film discussions. Holocaust survivor Robert May shared his experience following the screening of the documentary Shoah: Four Sisters.