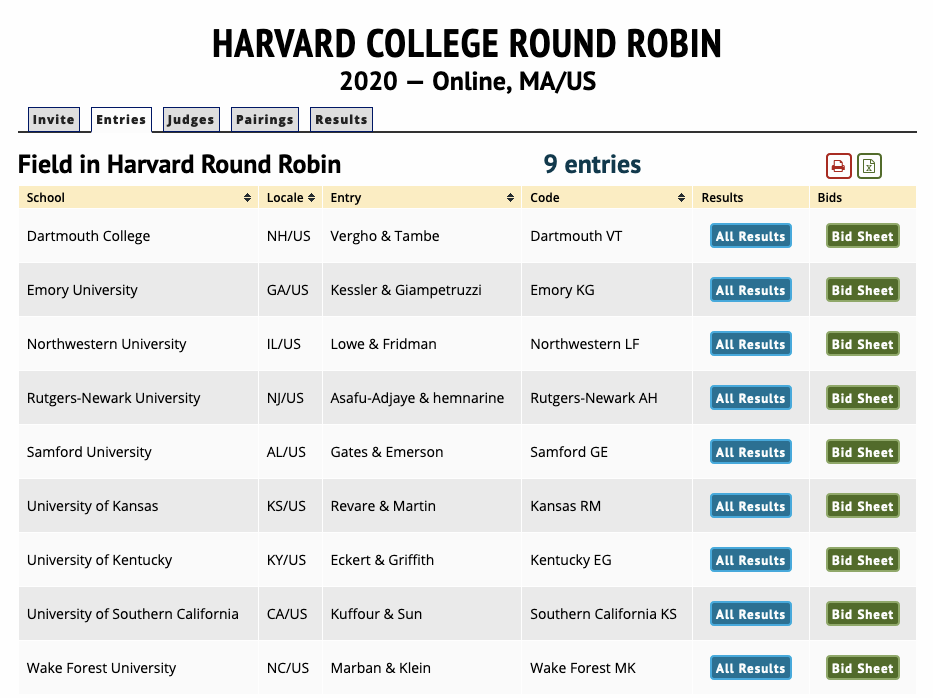 Samford University’s Debate Team competed with the top 10 teams in the nation at the 2020 Harvard Round Robin Tournament in mid-October. The university was ranked the 10th best team algorithmically but was listed as the first alternate. Samford’s debaters did not expect to compete unless another team withdrew. When a team did so shortly before the start of the tournament, Samford stepped up and made the best of the unique opportunity.

“We actually had to wake up our debaters over the phone and tell them they were debating in an hour,” said assistant coach Lee Quinn. “I told them we likely weren't going to win a single round because we had no prep, but just being invited and being accepted put Samford in a spotlight. It is a massive accomplishment that put Samford on stage with the best colleges in the nation.”

Samford had more preparation and better success in a Wayne State University tournament the next week. The team of Sawyer Emerson and Maddox Gates made it to the Final Four in varsity competition, while Alyssa Gregory and Joey Tarnowski made it to the Sweet Sixteen. Emmerson and Gates won the 6th and 8th speaker places, respectively, in overall varsity. Samford debater Max Willinger was honored as 8th speaker overall in Junior-Varsity.

Samford's director of debate, communication studies professor Ryan Galloway, announced the following week that the team is now ranked 11th in the nation. "We do this with a handful of debaters and a tiny coaching staff compared to the powerhouses ahead of us," he said.