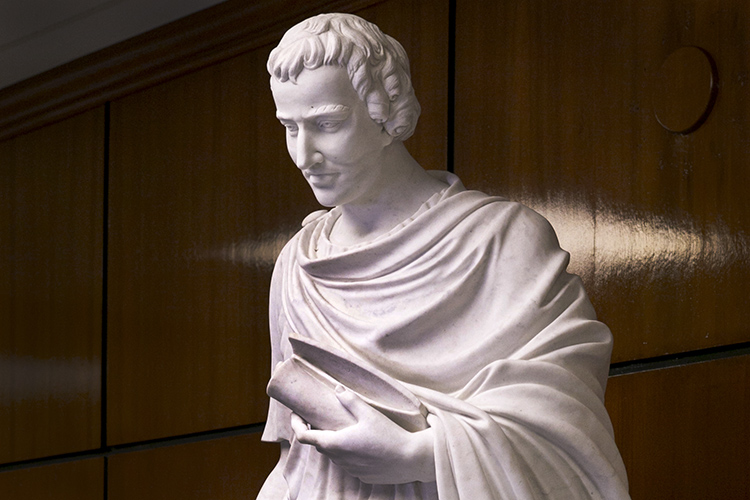 Samford University’s Howard College of Arts and Sciences named the 2020-21 Howard Scholars on the Sept. 2 birthday of John Howard, the 18th century humanitarian for whom the college and program are named. The students represent a variety of disciplines and are among the finest students in the college, working to promote research and interdisciplinary engagement both within the group and throughout the college.

Born in 1726, John Howard led an unremarkable life as a country squire in Bedfordshire until he was elected as the county sheriff. He was outraged to learn that some prison inmates were held captive even after they were found innocent because they could not afford the jailer’s fee. He then made it his life’s work to survey the jails of Europe in an attempt to bring public attention to the shameful treatment of prisoners. He died in Ukraine during a 1790 inspection of the prisons and military hospitals of Eastern Europe.

Howard’s life became a model of Christian compassion for society’s outcasts, and a half-century after his death a group of Alabama Baptists gave his name to their new college. Howard College of Arts and Sciences remains the academic heart of Samford University, and the Howard Scholars program continues to honor the college’s namesake.

This year, in addition to ongoing involvement by college dean Tim Hall and associate dean Emily Hynds, college academic advisor John David Corwin will serve as director of the program. “The Howard Scholars' interdisciplinary engagement between faculty and students on intellectual questions both perennial and pressing for our current time is emblematic of the mission of Howard College,” Corwin said. “I am thrilled to contribute to that engagement and the College as the Scholars' new director.”