A Good Fit: Morgan Ponder Reflects on 32 Years at Samford 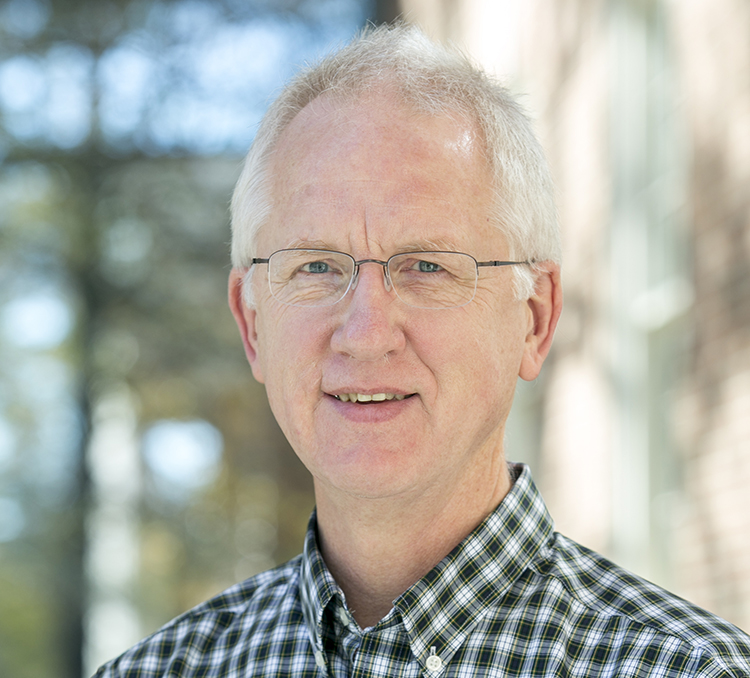 In 1989, Morgan Ponder was working at Southern Research Institute in Birmingham when he learned that Samford University was preparing to expand its arts and sciences faculty. “I knew that schools like Samford existed, but I really didn’t have much of a sense of what it would be like to teach at one,” he recalled this spring. The university needed only one professor in Ponder’s sub-discipline–physical chemistry–and that one professor had just left on short notice. Ponder had the job within a few weeks and stayed 32 years. “It’s been a good fit,” he said.

Ponder, who led the Department of Chemistry and Biochemistry for 22 years, said university support for collaborative faculty/student research is among the most important developments of his three decades of service. “Probably the single biggest factor in how we teach chemistry is having a dedicated research space available,” he said. Research labs allow ongoing projects, close collaboration between students and faculty mentors, and a taste of how such work adds to a common set of knowledge developed over years, decades or generations. “A factor in a student being able to make meaningful contributions in this area is helping them realize what a small part of the puzzle they’ll have to tackle in order to make progress,” Ponder said. “It’s hard to get across what that’s going to feel like or how the student is going to respond without actually putting them in that experience.”

When Ponder applied for graduate school, his own experience with undergraduate research was not typical, and it helped distinguish him from other applicants. “These days,” he said, “it would probably be difficult for students to get into at least some graduate programs if they didn’t have some research experience.” But Samford didn’t have dedicated research labs until the opening of Propst Hall in 2001. That purpose-built science facility made possible the many research projects, grants, faculty/student publications and honors that have come to characterize the department in recent decades. Two Samford chemistry students–Rebekah Brooks Woodley ’15 and Sydney Bottcher ‘21– earned Goldwater Scholarships, one of the nation’s oldest and most prestigious academic honors. Countless others have published research in academic journals, earned graduate fellowships and gone on to careers in the field. “That sort of recognition and achievement on the part of our students would not be possible if we weren’t able to involve them in research,” Ponder said.

For all the importance of research space, Ponder feels that his greatest contribution to Samford was in the department chair’s office, providing the administrative support that made it possible for other faculty to work with students in those labs. He also fondly recalls a Jan Term and semester he spent at Samford’s Daniel House, rarely engaged with chemistry. “I found the London setting to be really exhilarating and fascinating,” he said. “It broadened my perspectives in a number of ways.” The opportunity to explore other disciplines just for the sake of intellectual curiosity wasn’t limited to Daniel House, and is one of the aspects of Samford culture Ponder has most enjoyed. “Whatever you’re interested in,” he said, “you can find somebody on campus who knows more about that than you do.”

As Ponder retires, he isn’t expecting any radical change in his activities–no RV life on the road or home research lab. He’d like to see the turning of leaves in New England, and spend long weekends with his children and grandson. His wife, Peggy, isn’t retiring, but her schedule isn’t tied to the academic calendar that has governed their comings and goings for three decades. “I’m looking forward to being able to take a vacation in April or October,” he said, “when the weather’s nice.”