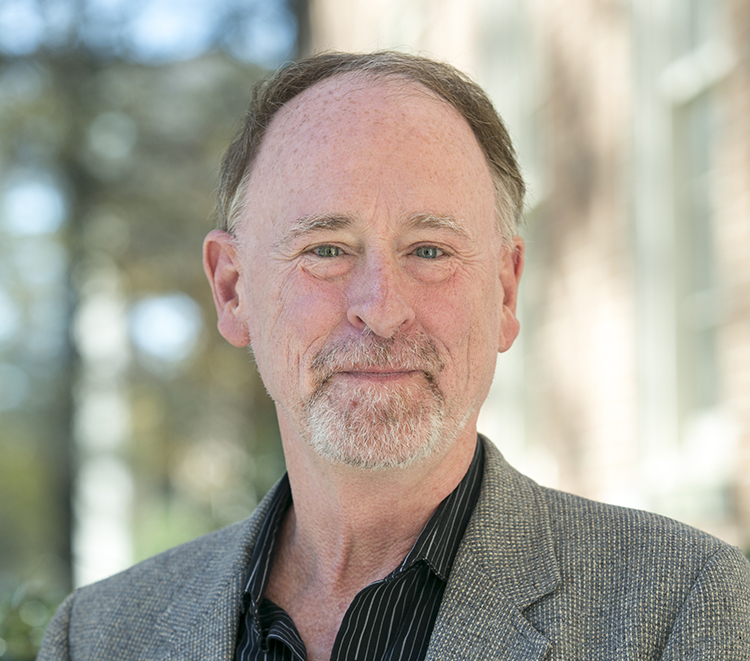 Mikle (Mike) Ledgerwood came to Samford in 2007 as professor of romance languages and linguistics and chair of the Department of World Languages and Cultures. He served as chair for 11 years, stepping down in 2018 to help prepare his successor and to spend a sabbatical semester as professor of communication at LCC International University in Lithuania.

Through his 45 years of teaching, Ledgerwood has traveled to 48 countries, sometimes leading students and sometimes offering his expertise at academic conferences and other universities. He recently provided keynote addresses in India, China and Japan.

In addition to his teaching, Ledgerwood has maintained an active life of scholarship. His current research projects address the semiotics of cyberspace and the role of the Eurovision Song Contest in the development of Lithuanian national identity. Many students will remember the enthusiasm of “Professor Eurovision,” as Ledgerwood’s classes often incorporated music in general and the international song contest in particular. The avid musician also grew his department’s Christmas Around the World event–Samford's oldest Christmas tradition–into a musical celebration accessible to the whole world via live broadcast. He served as master of ceremonies and performed with his students at each event.

As he retires from Samford this spring, Ledgerwood looks forward to teaching in Lithuania again and taking his expertise to other countries as a specialist for the Fulbright Foundation.