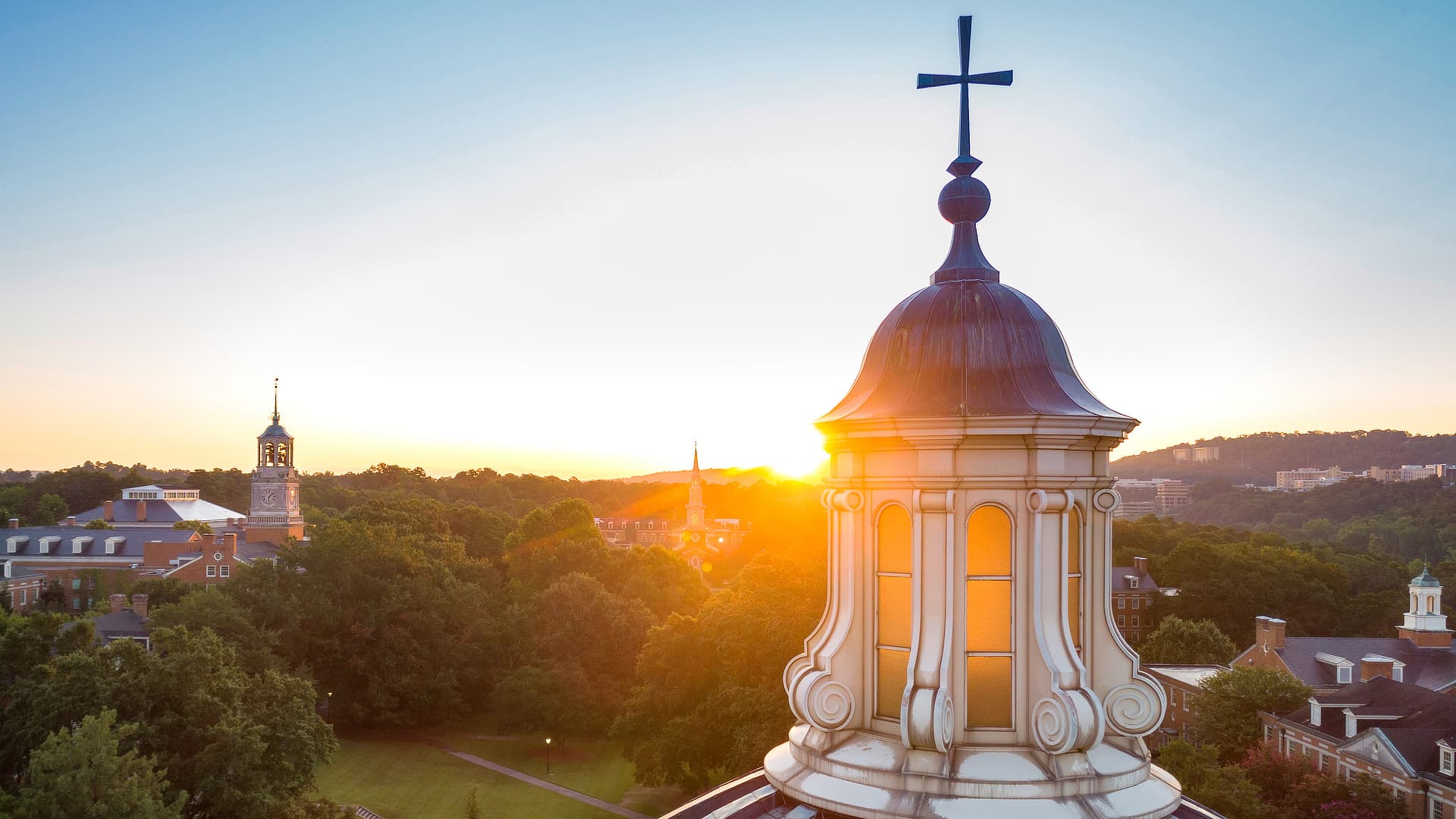 Samford University alumni parents George W. and Kathryn Karran Ludwig have established a new Samford scholarship fund with a unique focus. They observed that financial support for college can usually be found for students who excel academically or athletically. “We wanted to help identify, encourage and support another category of exceptional student,” George Ludwig said, “the real friend, who quietly, selflessly and unendingly works to see others succeed.” The first century Christian apostle Barnabas, he said, embodies those traits. Barnabas and Paul traveled together as partners in evangelism, but Barnabas now stands in the shadow of his more eloquent friend. “The Barnabases in our lives have never seemed to seek the limelight; in fact, they are often almost unseen; but without them, the job would not have been done - or certainly, not done as well,” Ludwig observed.

The Ludwig family’s new Barnabas Scholarship will serve, on the basis of need, entering Samford freshmen or transfer students who have a minimum 2.5 GPA and who are known for their character, faith, integrity, and their commitment to living a Christian lifestyle.

The new scholarship was inspired, in part, by the contrast between the elder Ludwigs’ college experience and the experience of their children. Kathryn Ludwig attended a large state university without the kind of personal attention and emphasis on faith her husband found at a small Christian college. But George Ludwig felt that “the spiritual life was dead” even at an institution that required chapel attendance. Neither developed lasting friendships in college. The couple found Samford through their children, who chose the university on their own. Alysia Ludwig Roach ’95/’96 and Peter Ludwig ’97 also found their spouses at Samford–Samuel Roach ’96 and Laura Abston Ludwig ’96.

The Ludwigs’ Orlando, Florida, home was a popular way-station during Spring Break when their children were students at Samford. Peter Ludwig’s request to bring home “a few friends” to attend a Samford basketball game against the University of Central Florida became a 20-student sleepover. “I believe there were even four or five guys under the ping pong table,” George Ludwig recalled. What could have been a parents’ nightmare made a lasting, positive impression. “Every Samford student we ever met was the epitome of politeness,” Ludwig said. “They took time to talk with us. Each one brought his/her own towels. They cleaned up after themselves. If they visited over the weekend, most would come to church with us. And they always left personal handwritten thank yous!” In contrast to the elder Ludwigs’ experience, “many of those same young people who traveled through the night to sleep on the floor under our ping pong table over 25 years ago still get together almost every year–although now they bring their children as well,” George Ludwig said.

“We have observed that, while no person nor organization is perfect, Samford seems to make wise decisions regarding the character of the students it accepts,” George Ludwig said as the family’s founding gift and scholarship intentions were announced. “It is our prayer that this scholarship will grow, financially help and encourage many young people to actually become the men and women God wants them to be, and to be a Barnabas to others along the way.”

Samford invites you to make a gift in support the new Barnabas Scholarship
Samford is a leading Christian university offering undergraduate programs grounded in the liberal arts with an array of nationally recognized graduate and professional schools. Founded in 1841, Samford is the 87th-oldest institution of higher learning in the United States. The Wall Street Journal ranks Samford 1st nationally for student engagement and U.S. News & World Report ranks Samford 37th in the nation for best undergraduate teaching and 97th nationally for best value. Samford enrolls 5,758 students from 48 states and 22 countries in its 10 academic schools: arts, arts and sciences, business, divinity, education, health professions, law, nursing, pharmacy and public health. Samford fields 17 athletic teams that compete in the tradition-rich Southern Conference, and ranks 3rd nationally for its Graduation Success Rate among all NCAA Division I schools.