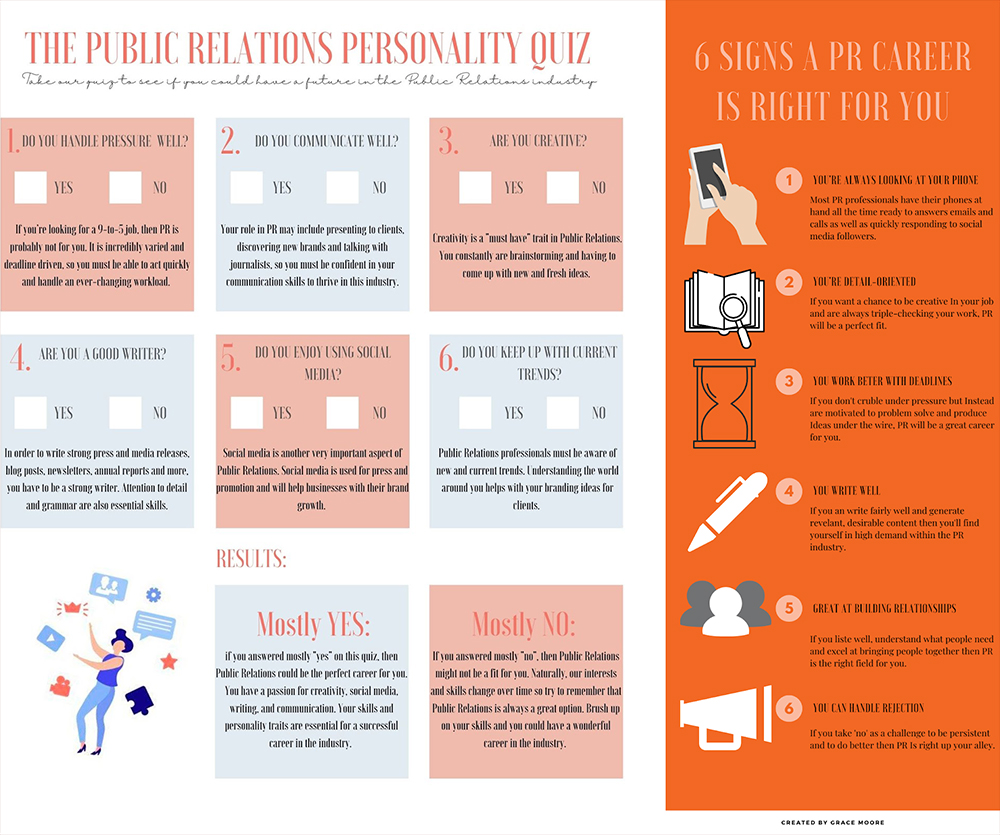 Two of the creative products developed for the award-winning campaign

The Samford PRSSA chapter’s goal for the fall project was to spread awareness of public relations as a career option and major, and to educate students at six Birmingham-area Christian high schools about how they can pursue public relations careers.

The team members developed a media kit that included a video presentation, fun quizzes and infographics, personal contact information for each of team members and information about how students could reach out to PR professionals and leaders in the national PRSSA organization.

The latest honor is the chapter’s second Pacesetter Award for work in the fall. Its leadership in the PRSSA Reimagined virtual learning and networking project earned the honor for September.