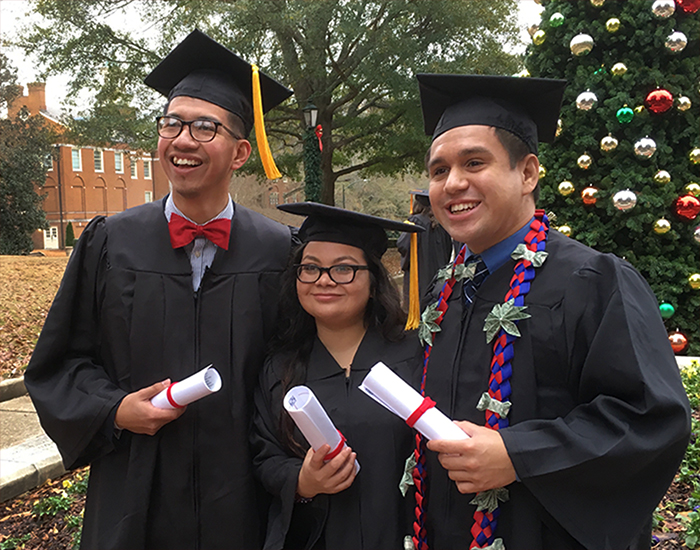 Edgar Flores, Itzel Mendoza and John-Anthony Jimenez are among the many STEM Scholars who have graduated since 2015.

Samford University’s STEM Scholars program is celebrating the graduation of 12 students in the last year. The program, supported by a series of grants from the National Science Foundation (NSF,) helps academically talented and financially-at-risk transfer students from local community colleges complete Samford degrees in the disciplines of science, technology, engineering and math. The program also seeks to increase the participation of underrepresented and underserved groups in STEM careers.

Samford biology professor Betsy Dobbins, director of the program, said more than 80% of STEM Scholars graduate on time, and almost all go on to graduate school or directly to careers in their field. The recent graduates include:

Dobbins said a recent NSF grant of $1 Million will allow Samford to admit 10 more STEM Scholars per year for the next four years.