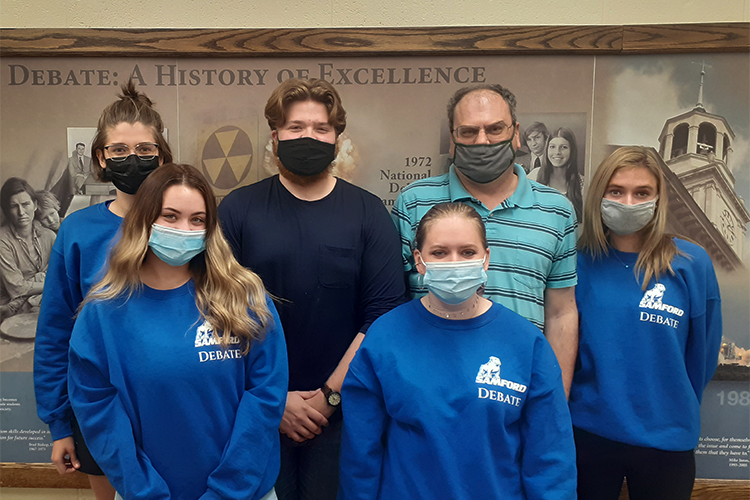 The team of Grace Blackwell and Abi McKibben placed second at the tournament, defeating teams from the University of Houston, James Madison University and West Virginia University.  Blackwell was named 5th speaker and McKibben was named 7th speaker.

The team of Libby Hutchinson and Hank Jackson advanced to the sweet 16 of the tournament, defeating teams from West Virginia University, the University of Rochester and Emory University. Jackson was named 13th speaker.

The team of Abby Montgomery and Grace Scott defeated teams from the University of Houston and West Virginia University.

Samford’s debate team has risen to 7th in the national rankings of the Cross-Examination Debate Association. “The tournament shows that we have a strong foundation for success,” said director of debate Ryan Galloway. “With our young teams doing so well, Samford debate should have a bright future ahead.”

Samford debaters will next compete at Wayne State University before closing out the fall season at Wake Forest University.