Published on April 5, 2022 by Department of Mathematics and Computer Science   Share this on: 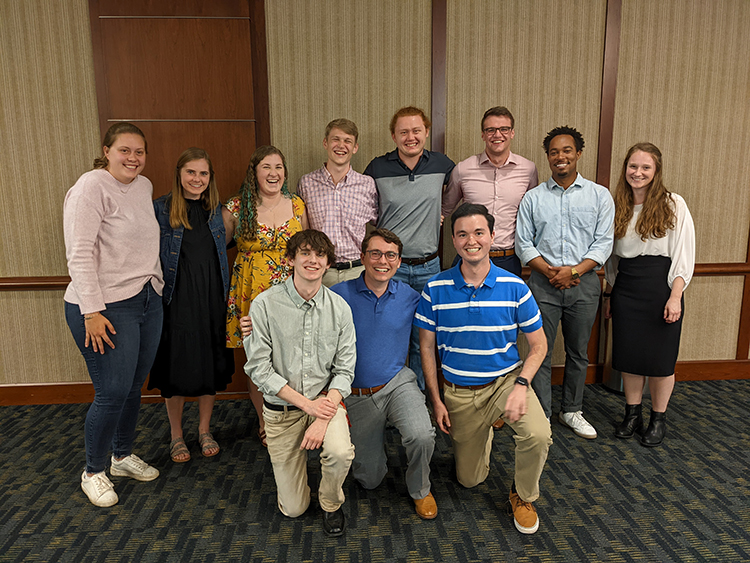 The event was planned and executed by Maureen Erb (administrative assistant for the Department of Mathematics and Computer Science) and Chad Awtrey (professor and chair of the department). Awtrey spoke highly of the event, saying, "The evening was everything you could hope for in a department celebration. Not only were we able to honor and recognize the outstanding work of our current students, we also heard an encouraging and important message from one of our graduates. Dr. Grogan spoke about her journey as a student-athlete and the physical and emotional challenges she faced along the way. In her powerful reflection, she highlighted the importance of gaining God's perspective on life, demonstrating for the audience how her struggles actually served as strategic experiences to prepare her for each next step in her journey."